It took a bit longer than anticipated, but I've finally finished off the mounted stands for Lord Dongan's Jacobite dragoons. These complement the dismounted stands for the same regiment from an earlier dispatch. The figures are Front Rank 28mm and, as usual, the foliage is from Rodger Wood Wargaming Enterprises. The flag is from the Warfare Miniatures range. I'll now concentrate on painting up four regiments of foot over the next few months so that I'll have the basis of a playable Jacobite force for the Southern Strategists demo game at Conquest in Christchurch in early November. One of the other blokes from our group is also painting up some units that will bolster the Jacobite force, which takes a bit of pressure off me. 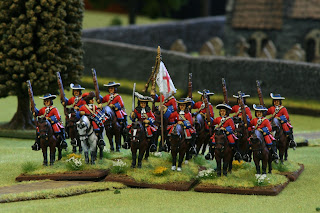 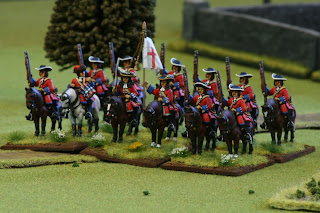 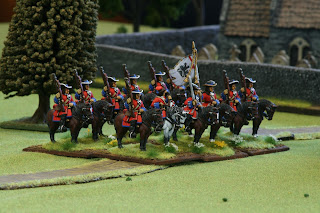 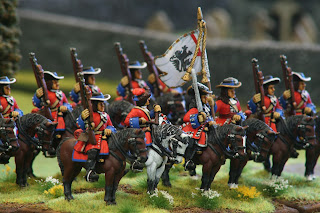 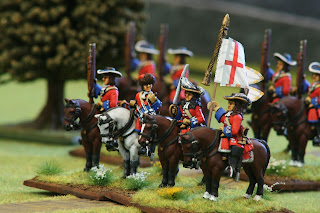 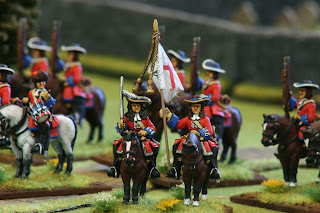 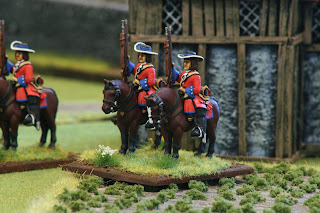 The next unit due off the painting table is the AWI British Legion infantry in 28mm.