Just before Christmas I purchased a second-hand painted force of Foundry Hessians from Geoff, one of our Southern Strategists. The 5 infantry units, 4 artillery stands, a heavy cavalry regiment and a mounted command base that I got off him had been part of a larger army that he had bought off Trade Me (the NZ equivalent of Ebay) and were surplus to his requirements. The figures were painted to a high standard by the unknown original owner, but there were some that needed repair or touching up with a paint brush. The infantry units were only 20 figures strong, so I needed to buy and paint up a few more figures from Foundry to build the units up to my usual battalion strength of 24 figures. The original uniforms didn't seem to match the Warflag flags used on the command stands, so I decided to change the facings on the figures to correspond with the new regimental GMB flags that I replaced them with. However, I want to use these units for both the SYW and AWI, and there appears to have been plenty of uniform and flag changes for the Hessian regiments over that period. That means that these refurbished units are painted to loosely represent the regimental uniform covering both wars. So apart from changing the facings, pom-poms, etc., I also re-based the units, adding Rodger Wood's foliage for effect. 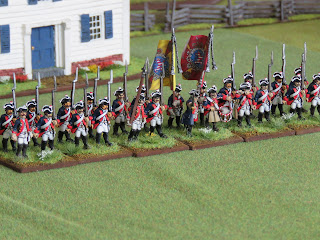 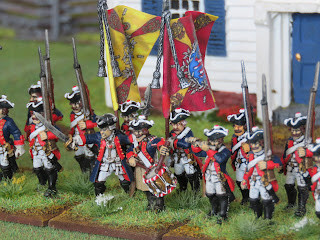 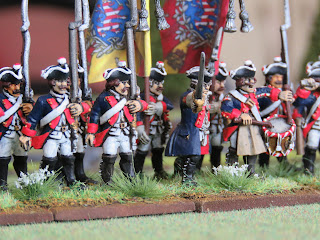 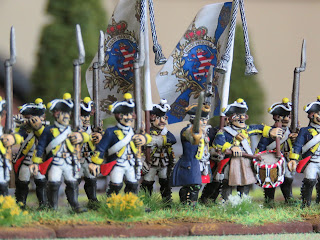 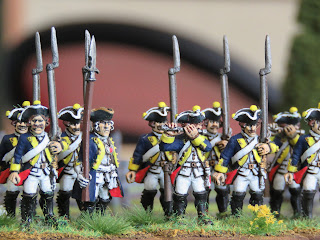 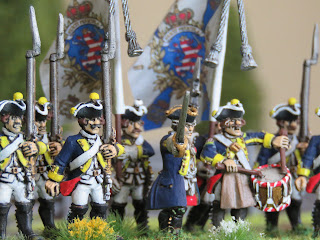 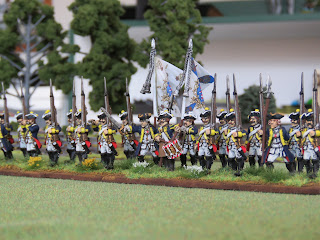 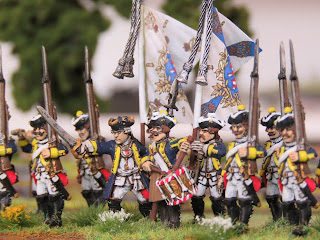 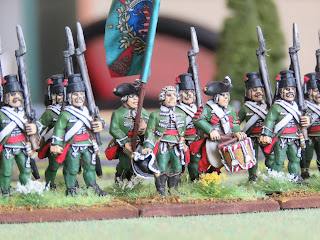 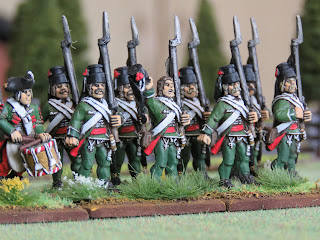 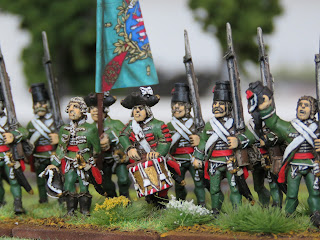 The 23rd Foot (Royal Welch Fusiliers) is my first unit to be painted up for 2018. However, I must confess that this unit is actually one 'tarted up' from an army I paid someone else to paint for me way back in the early '90s when I lacked the confidence and experience in painting my first metal figures. I bought these Essex 25/28 mm figures as part of a ready-made army from The Guardroom in Dunstable and they seem a bit a bit dated compared to the huge range of multi-posed Napoleonic figures available today. Nevertheless, I'm sure they will perform just as well on the games table when they get the chance...depending on my dubious dice throwing skills. These blokes have had a few newly painted extra figures added to bring the battalion up to strength, including a Front Rank mounted colonel. The flags are by GMB. 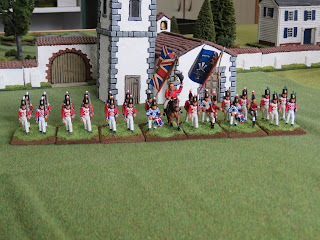 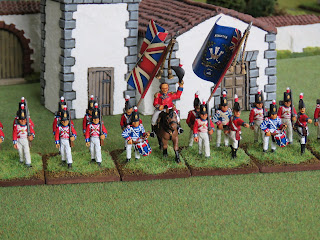 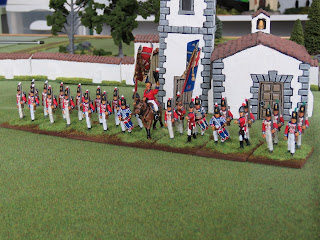 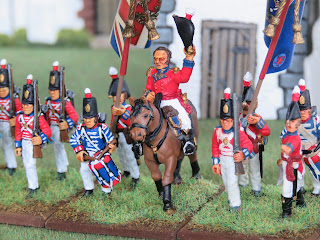 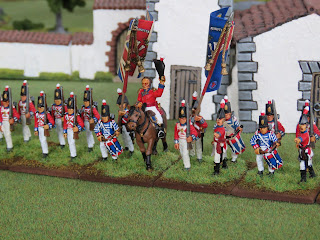 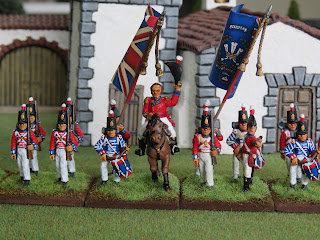 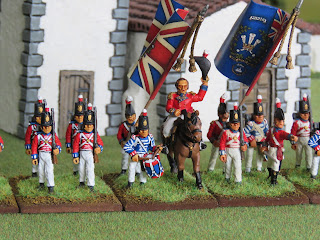 The Royal Welch Fusiliers became one of my favourite British regiments after I had visited the regimental museum in Caenarfon Castle and scored myself an old bugle from an antique shop in Tintagel that had the regimental badge attached to it. The bugle still works, much to my neighbours annoyance!