I really enjoyed painting up the 54 mm figures for the Chunuk Bair diorama now on display at the Great War Exhibition in Wellington. They were quick and easy to paint, especially when using washes to bring out the detail. However, I've returned to my own projects which now includes collecting a 28 mm Jacobite force  to defend King James II's interests in Ireland, 1689-1691. As a result of family history research I became interested in wargaming the period, but thought it might be a project I would tackle in years to come. Alas, Front Rank recently had a sale on their superb range of 17th Century figures that I couldn't ignore, and in a moment of weakness I splashed out, initially buying four infantry and two cavalry regiments, along with mounted commanders and two artillery pieces. Since then I've added another cavalry regiment, as well as mounted and dismounted dragoons. Fellow Southern Strategists, Dave and Geoff, have also purchased sizable forces, mainly to portray the forces of the usurper, William of Orange. Dave is pushing for our group to have these forces all painted up for a demo game at Conquest in Christchurch in October this year, but this might be a bit ambitious given that Geoff and I aren't the fastest of painters...so we'll see. These images are of  the completed artillery stands which are the first troops I painted up for the project. Two squadrons of the grey-coated Galmoy's Horse are currently under the brush. 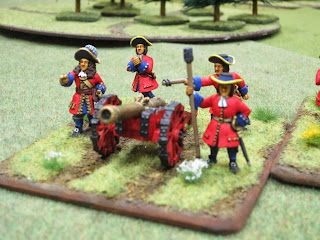 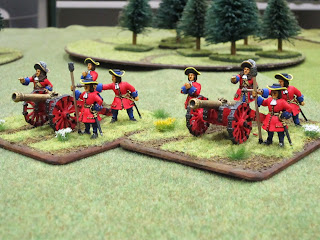 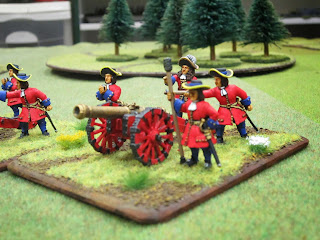 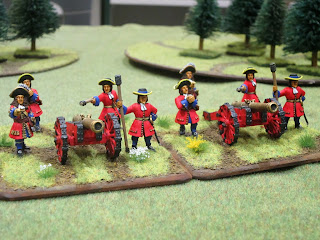