It's been quite some time since my last dispatch. Real life has imposed on my beloved hobby, but that hasn't meant that I've stopped painting figures or stopped gaming. On the contrary, over the last few months I've been tarting up and rebasing my old 25mm Dixon ACW armies. The September 2010 7.1 magnitude earthquake in Christchurch ensured these armies suffered substantial casualties....mostly in damage to the paintwork, but also with broken bayonets and carbines.

With the 150th anniversary of Gettysburg being celebrated in Christchurch this year with a massive re-fight in 25/28 mm, I have needed to get to work on these. So far I've managed to finish five infantry units, four artillery stands and four mounted generals of my beloved Confederates. I have promised to fix up some 'pesky Fed'rals' as well to ensure some of my gaming colleagues have sufficient forces for the game. I'll have some photos of them in my next dispatch.

Here's some images of an ACW game that the Southern Strategists held in the Mess late last year. 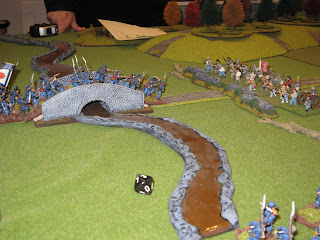 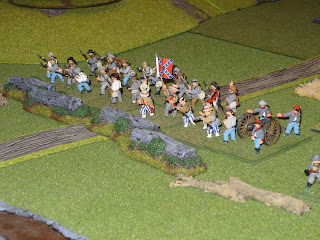 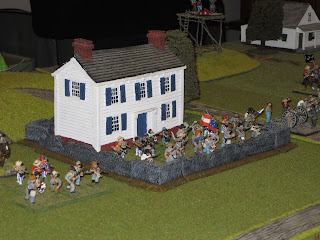 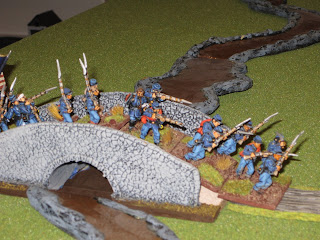 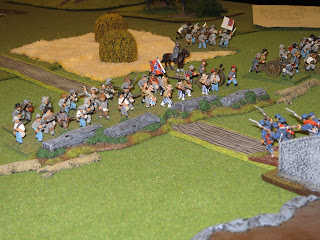 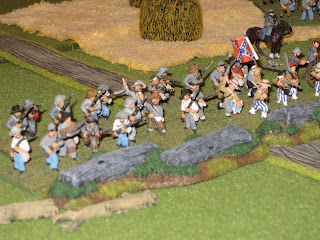 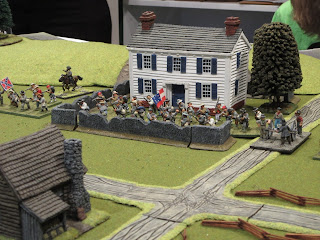 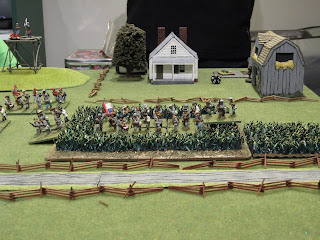 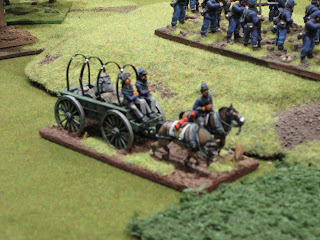 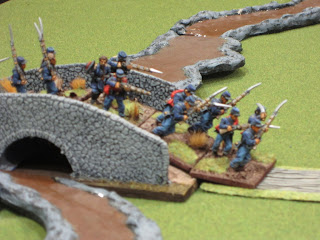 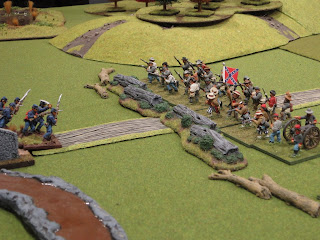 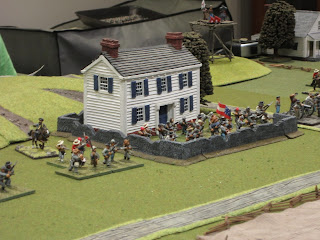 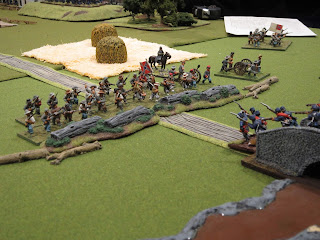 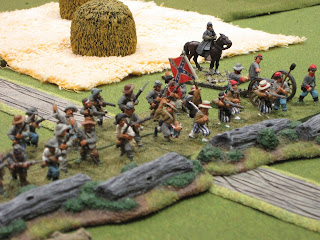 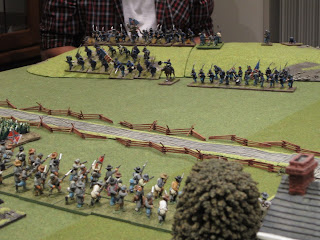 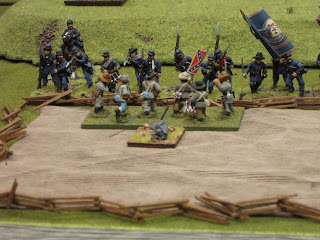 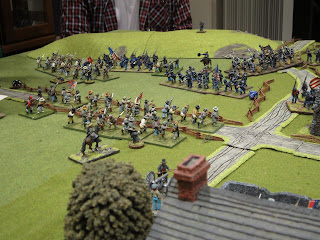 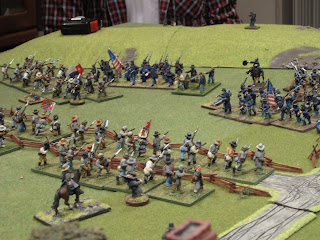 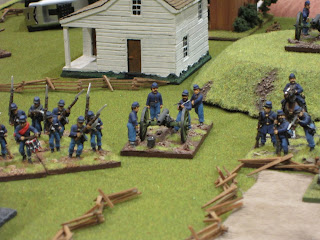 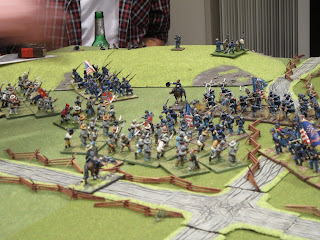 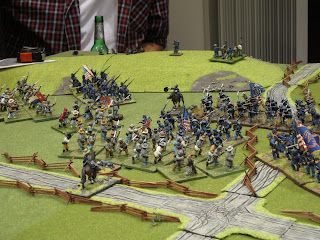 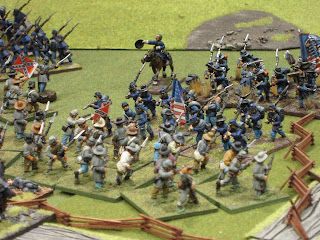 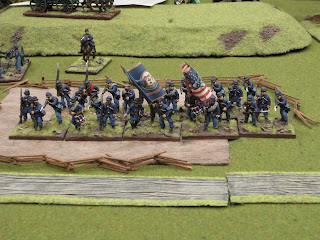 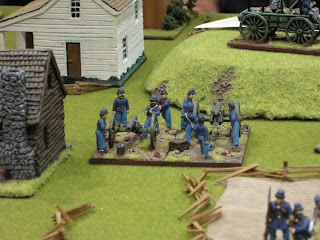