Late last year I discovered the superb 28mm range of Empress Miniatures. I initially purchased some of their dismounted Natal Carbineers to be included in my small Zulu War British force. I had already painted up a company of Black Tree British infantry and the Carbineers were needed to provide a mobile scouting element.

Once the Carbineer figures arrived I realised that they were slightly smaller than the Black Tree troops, but when painted up and mounted the difference wasn't a problem. These figures had come under some criticism on the TMP forum regarding the over-sized spikes on the helmets, but in my opinion they look fine.

Earlier this year I purchased the newly released mounted Natal Carbineers so that I could portray the unit scouting and skirmishing dismounted. At the time there was no mounted officer available in the range but this has since been rectified. The officers now come in a single pack that has one mounted and one dismounted officer wearing a braided jacket...which is on my purchasing list. 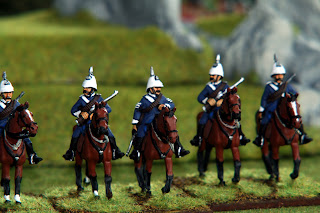 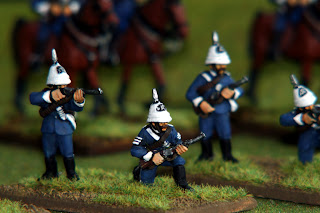 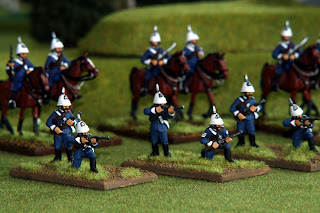 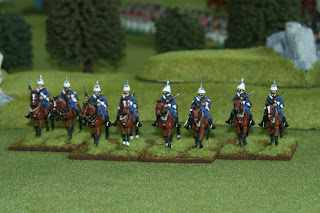 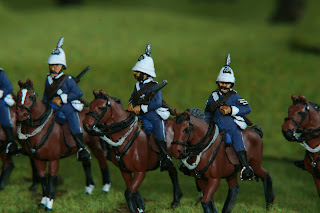 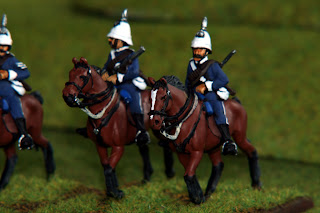 The figures have lots of detail, almost no flashing to remove and are easy to paint.....and the quick and friendly service I received from Empress makes me want to spend more money with them.
Posted by Stacky at 22:37 3 comments: