After months of sitting idle with only a black undercoat for any colour, I've finally finished painting up Dillon's Regiment of the French Irish Brigade of the 1740s - 1750s. I chose to have these superb Front Rank figures in full coats so that I could use them for the Jacobite Rebellion of the '45, as well as the War of Austrian Succession and the Seven Years War.

This unit is very special to me due to genealogy research at the French military archives proving my ancestors served in a number of regiments within the Irish Brigade throughout the 18th century, including Dillon's. My next Irish unit that I paint will be Lally's Regiment as I've recently found out that there was a company within the regiment known as 'Stack's Company' during the period that the regiment served in the ill-fated Indian campaign of the Seven Years War. Captain Thomas Stack served as the company commander, while his cousin, Lieutenant James Stack served under him.

The outstanding flags are supplied by GMB Flags, while the foliage was made by terrain guru, Rodger Wood of the Southern Strategists here in Christchurch. I've only recently started adding foliage to my stands but I'll continue to do so as I reckon it really lifts the final effect.

The current unit 'under the brush' are some Napoleonic dismounted French dragoons that will take on my Spanish guerrillas. 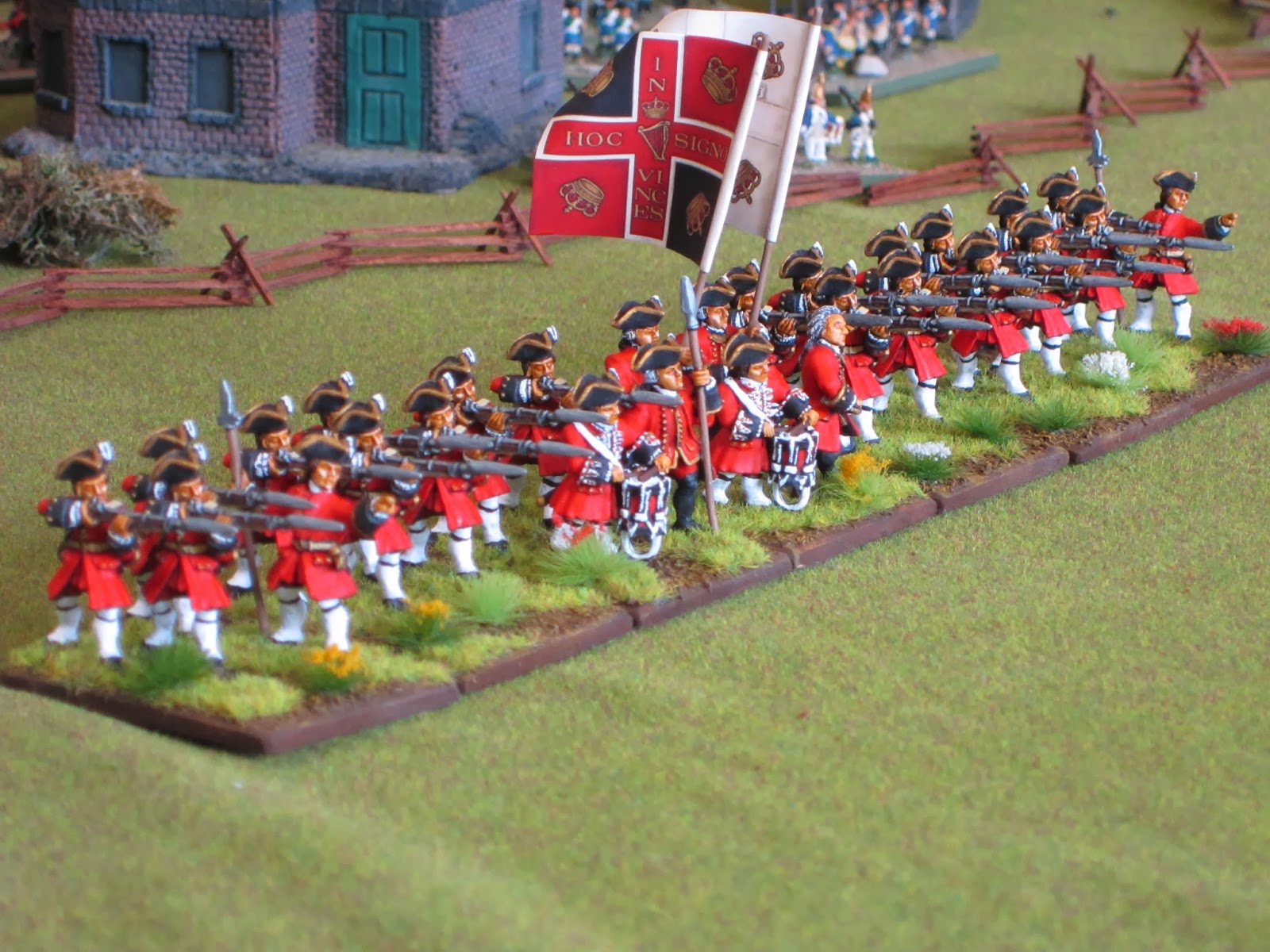 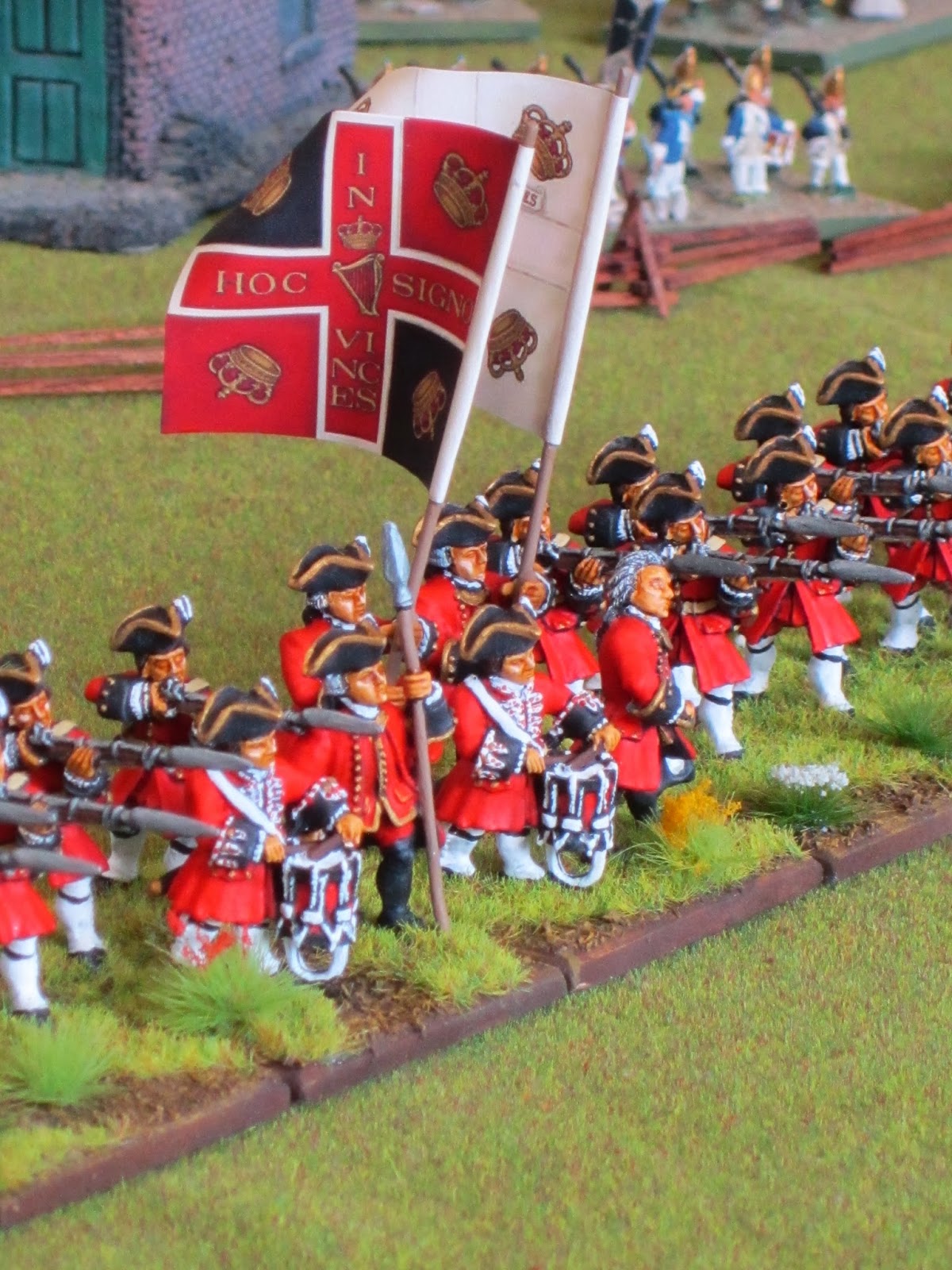 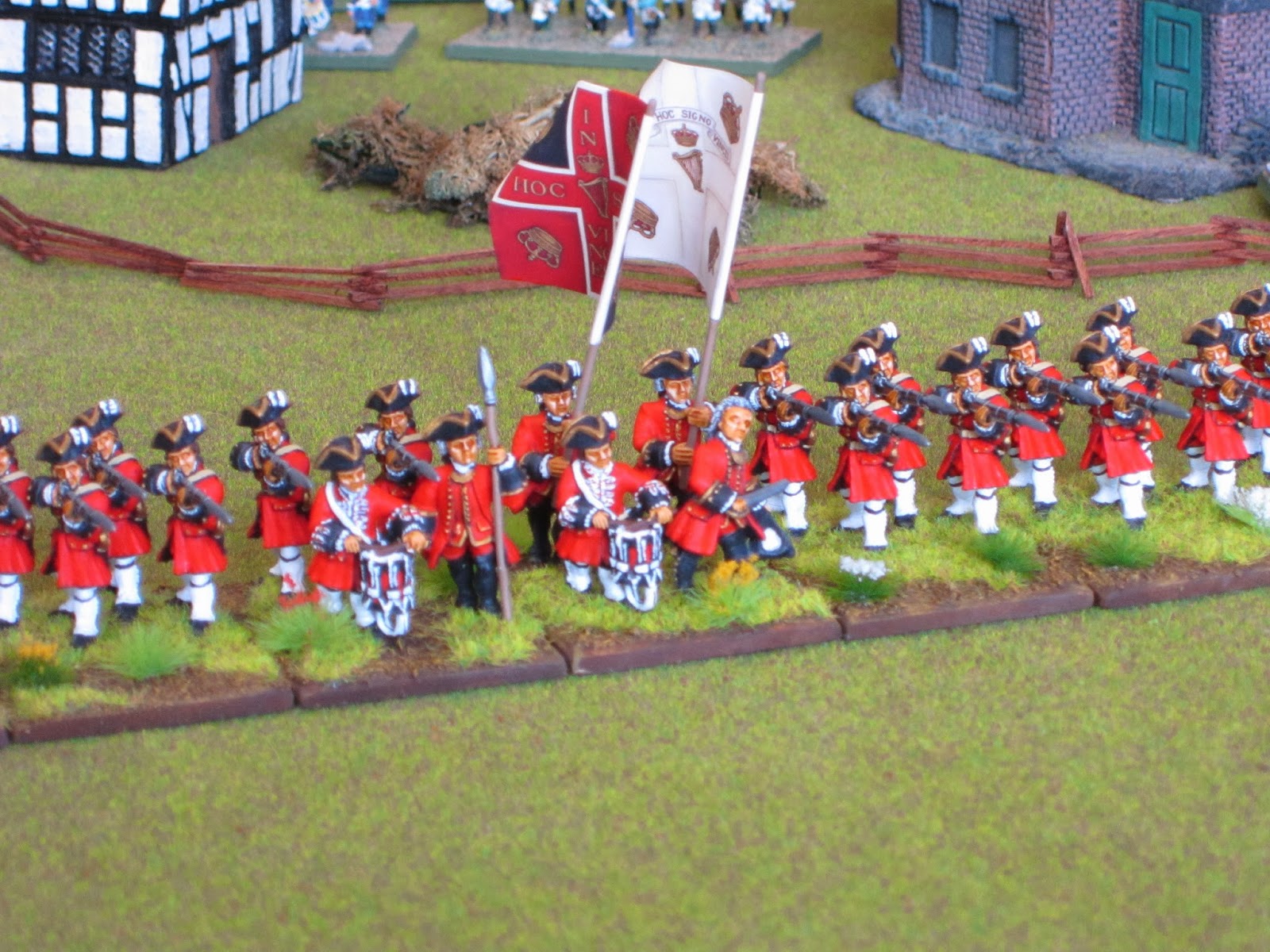 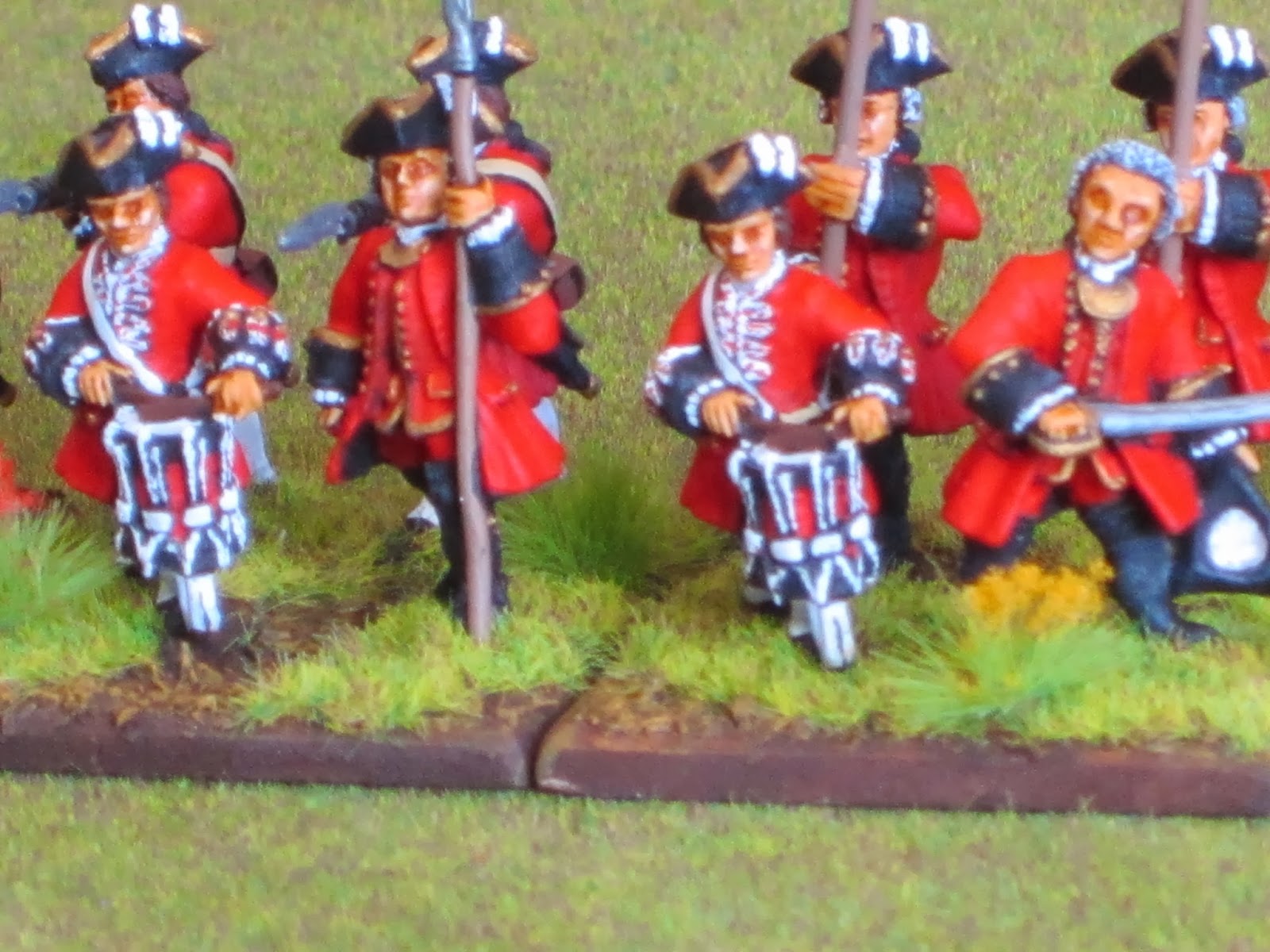 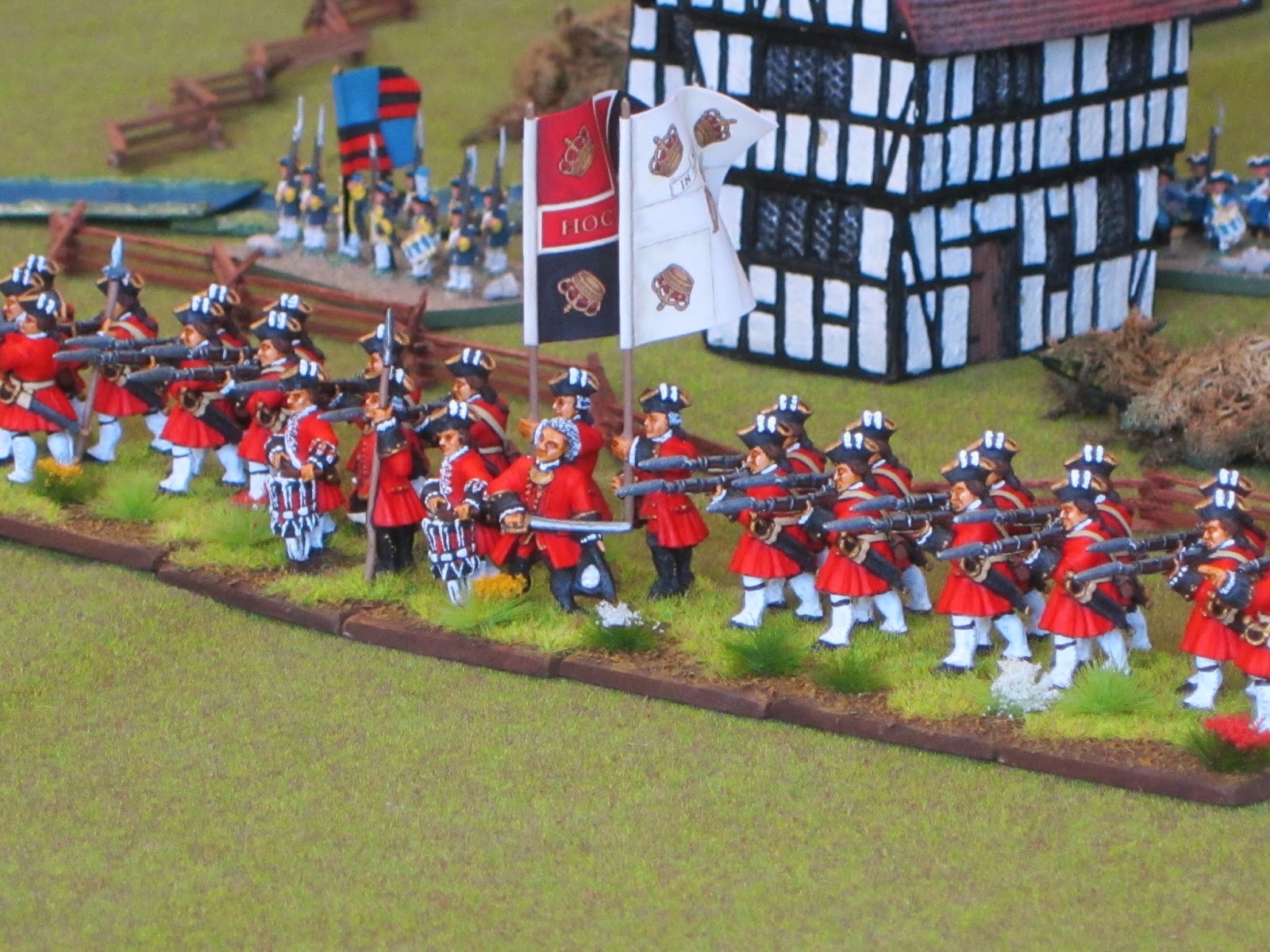