It's been a slow year painting wise for me in 2017. This 28mm SYW French Royal Ecossais regiment had been 'under the brush' for a number of months but finally can now grace the gaming table in the Mess as part of my WAS/ SYW French force. The unit will also be used in the 1745 Jacobite army that is slowly coming together. I've now got the regular French units for it (Royal Ecossais, Dillon's Regiment and the Fitzjames Cavalry Regiment), but I've been holding off painting up the Highland units as the thought of painting all that tartan gives me nightmares.

The figures I used for the Royal Ecossais are Front Rank French light infantry from their SYW range. I wanted to use this unit for the Seven Years War, War of Austrian Succession, as well as the '45, so I chose to have them in short coats that they were recorded as wearing during the Jacobite Rebellion. I also wanted the majority of troops to wear the standard 'cocked' tri-corn hat to represent a French unit on the Continent. To ensure the visual Scottish character of the unit I've used an officer and piper from the Front Rank Jacobite range to represent Lord John Drummond and his personal piper.The unique flags are from GMB Flags. 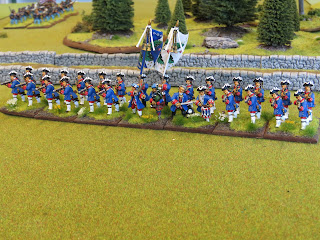 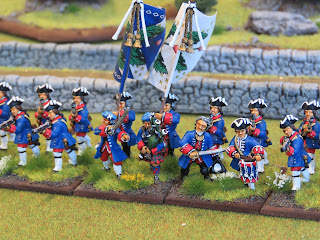 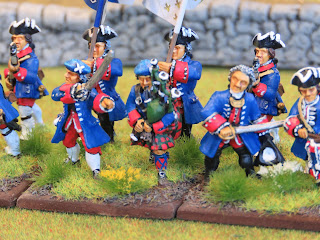 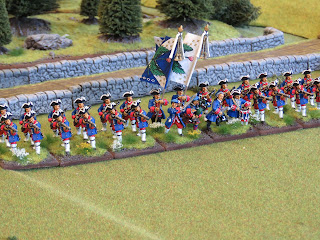 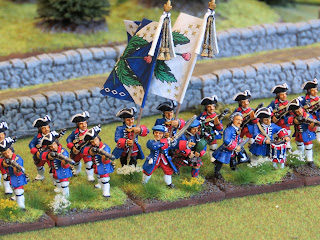 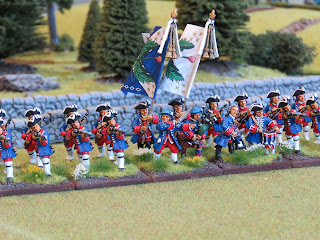 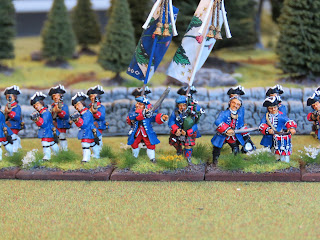 Thanks for taking a look.