Way back in September the family and I travelled to Wellington during the school holidays primarily to visit the Great War Exhibition and the Gallipoli display at Te Papa, New Zealand's national museum. For the past year and a half I had been doing some contract work for WingNut Films, some of which has been used on interpretation panels in the Gallipoli Room of the Great War Exhibition. Unfortunately, my father died suddenly a week after our return from holiday and I've only now got around to updating my blog. The 'Old Man' had been a great role model, not just to me, but to many others and this was reflected in the 450 people who attended his funeral and after-match function. I'll certainly miss his sound advice and support.


The trip to Wellington was fantastic, with the highlight undoubtedly being the guided tour of the Great War Exhibition by the Executive Director and recently retired Chief of the NZ Defence Force, Lt-Gen. Rhys Jones, a fellow wargamer and genuine top bloke. We were privileged to get a personalised tour of the exhibition where Rhys gave us several hours of his time to explain the background to setting up the displays and the vision that Sir Peter Jackson and his associates had for this world-class museum. Most of the original items on display were from Peter's vast  personal collection and I think the nation is very fortunate in having someone like him with the passion for its military history and philanthropic outlook to create what hopefully will become a permanent national museum. 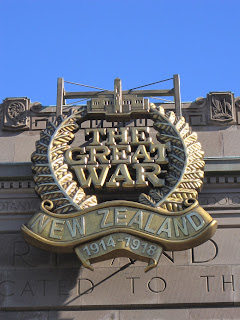 Many others have placed photographs of the Exhibition on their blogs since it opened back in April this year and I apologise for the repetition  in what I've included here, but the exhibition is truly amazing and can only get better with the opening of the 'Trench Experience' on Anzac Day 2016.

I've got plenty more photos of the Chunuk Bair diorama and the Te Papa Gallipoli display that I'll include in Part 2. Anyone contemplating a holiday in New Zealand must include visiting Wellington to view the Great War Exhibition and Te Papa to gain a true understanding of the New Zealand experience in the First World War.