As a continuation of the revamp of my 25mm Hovels buildings, the attached photos are of my ACW/ AWI barn which I have recently adapted with a small coral. This was a fairly simple project which only required a 3mm sheet of MDF for the base, a length of round dowel for the fence posts, match sticks for the planks and PVA to glue it all together. The most expensive item was the Woodland Scenic tree that I added to give more depth to the completed project. 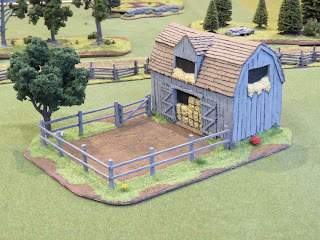 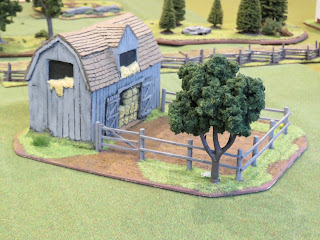 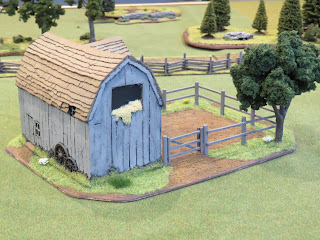 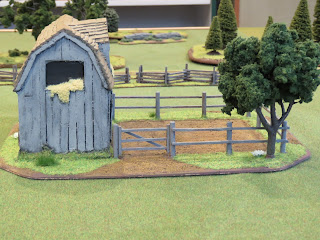 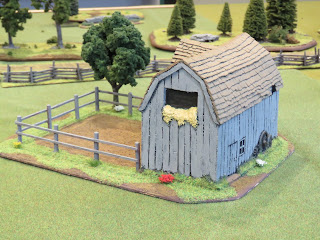 The foliage was once again supplied by Rodger Wood of Rebel Barracks fame. There are a couple of touch-ups required to the base, but overall I'm pretty happy how this turned out, especially the little gate that I made for it. This is my last completed project for 2017 but I have a couple more near completion which I hope to finish over the festive season holidays. Best wishes to you all for 2018!

Now and again it's nice to have a break from painting up big units and take time out to finally paint the odds and sods that have been sitting in your 'extras' box for months or even years. Fellow Southern Strategist, Geoff  Martin, gave me a hand-full of figures that were surplus to his requirements that fall into this category and I thought it rude if  I didn't get around to painting them.
The first were a couple of well-known Perry AWI Hessian jagers; with the officer being modelled on the famous Captain Ewald. I didn't have a command stand for my Front Rank Hessian jager unit, so this stand will fit in nicely. 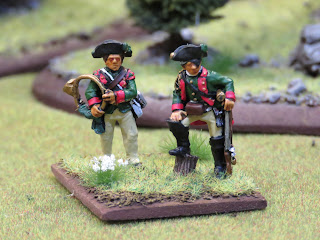 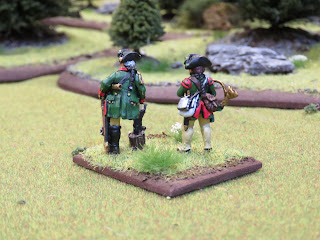 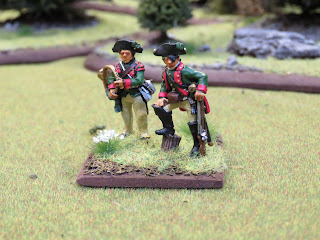 Some of the Southern Strategists are toying with the idea of dabbling in a Scottish Border Reivers project over the next year or two. This would be played at skirmish level and should only need each player to paint up a force of 20-30 mixed mounted and foot figures. I've always wanted to try my hand at building a fortified Pele tower as a side project, so this fits right in with the group's plan.
Geoff gave me three spare Wargames Foundry figures from their Elizabethan Pirate range that will double up as part of my Scottish Reiver force. I'm still to decide what other figure brand to use for the rest of the force, but I think Perrys' Moss Troopers from their ECW range will probably count for the mounted reivers. 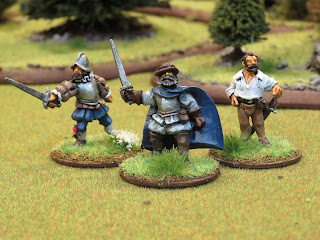 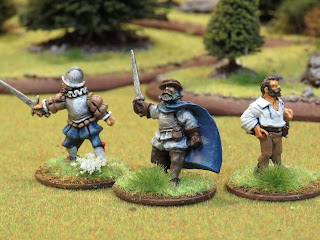 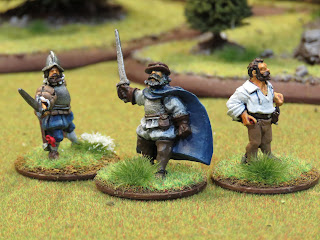 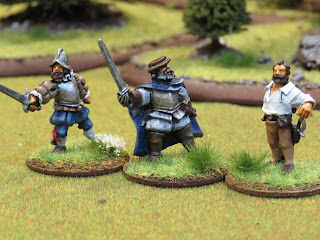 Wishing you all a relaxing Christmas and hope Santa brings you plenty of figures to paint in 2018.