Its been a while since my last post but I have been quietly working away at reducing my lead mountain. A number of years ago I purchased about 60 poorly painted second hand Front Rank SYW Prussian fusiliers at a local wargaming swap-meet. After stripping the old enamel paint-job with nappy cleaner, the almost bare-metal figures have until recently remained neglected. However, the vast SYW collection of fellow Southern Strategist, Chris Packer, has inspired me to finally give these troops the paint job they deserve. First I had to order enough command figures for 3 battalions of fusiliers, which I'm painting up as Hessians. I reckon I can get away with using these units in both my AWI and SYW projects, even though there were some minor differences in the uniforms. I also decided that I needed a couple of artillery stands to support the infantry, so figures and guns were also ordered from Front Rank. So far, I've managed to complete two stands of artillery and one battalion of infantry (von Ditfurth Fusiliers). I've also scratch built some terrain pieces over the last couple months after being inspired by the work of another Southern Strategist, master terrain builder, Rodger Wood. Below are some images of the freshly painted Hessian artillery and terrain pieces, with photos of the infantry to follow in the next post. 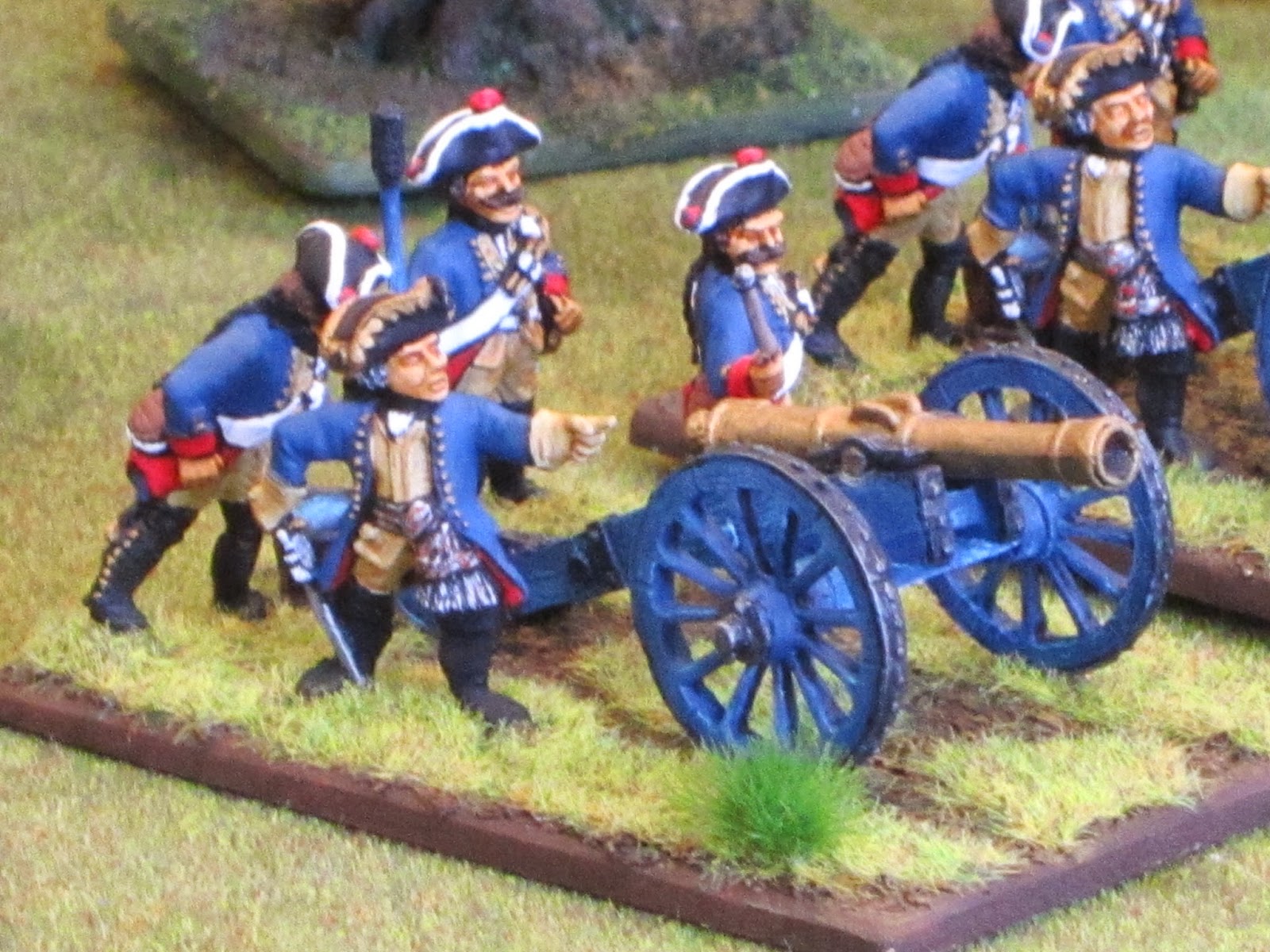 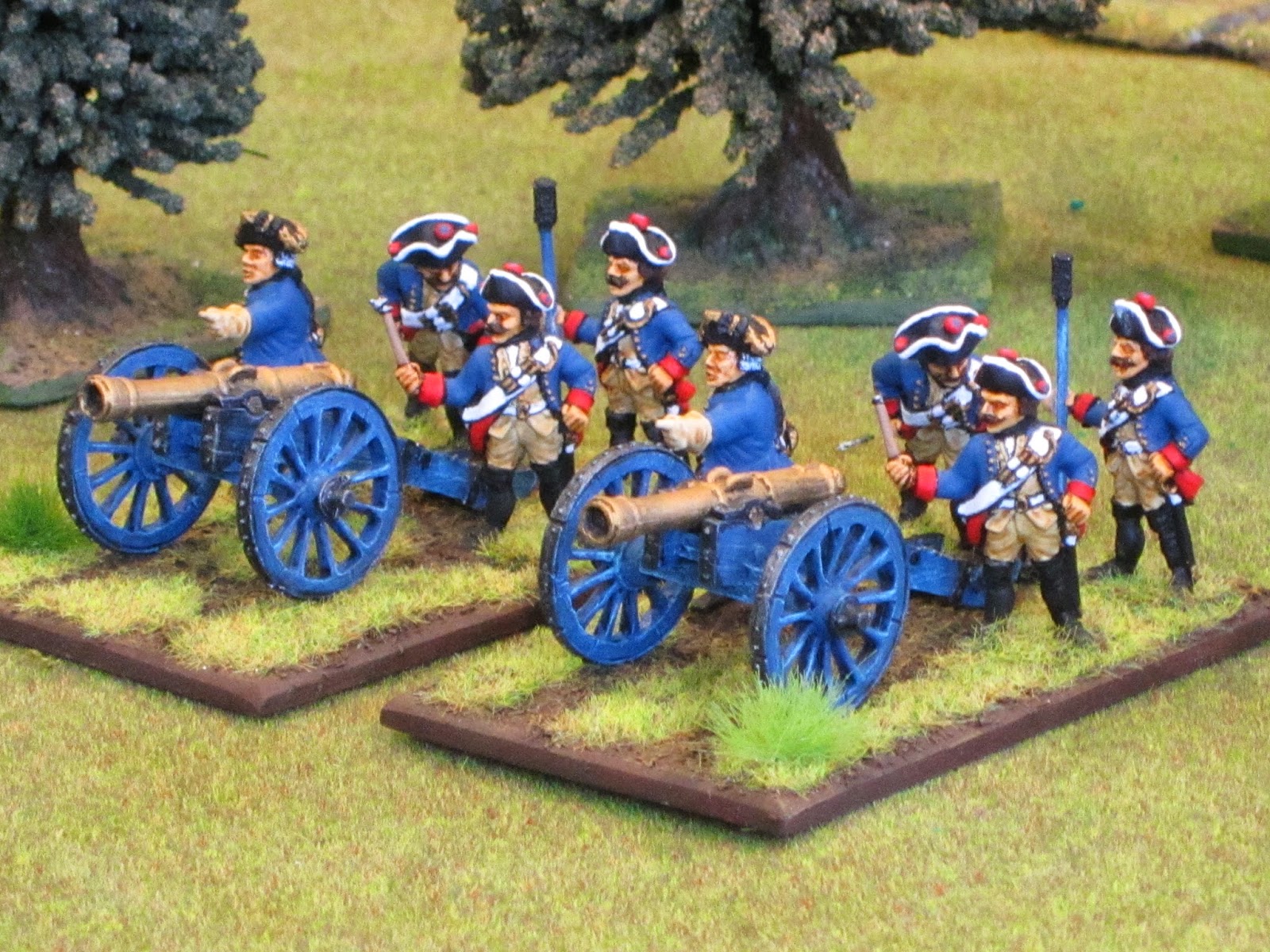 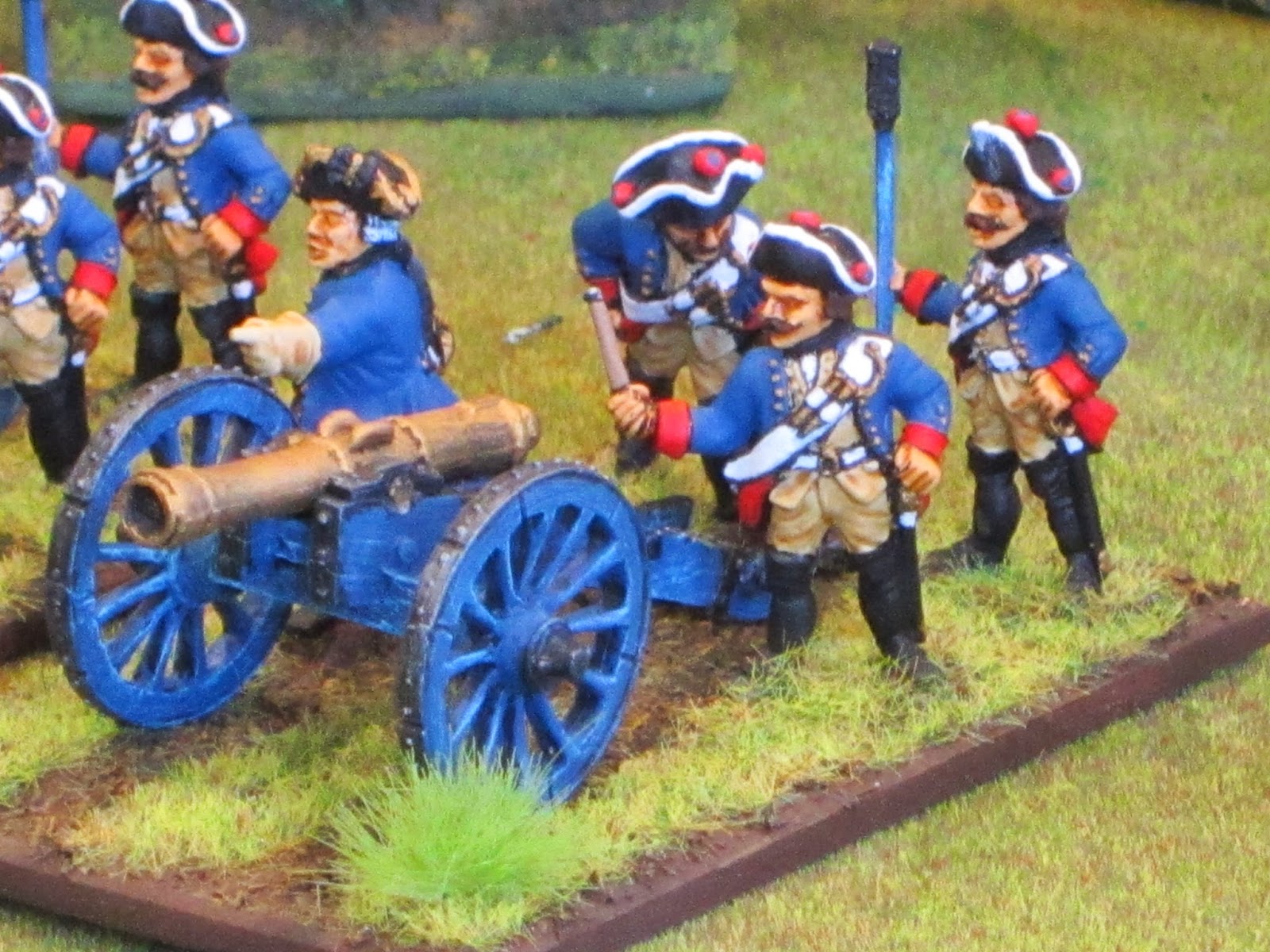