The latest second-hand infantry unit to be 'tarted up' in my Hessian force is Grenadier Regiment von Munchausen. This is a fictional regiment and the uniform is basically that which the original owner had painted, except for the newly-painted red turn-backs. I gave the officer a silver sash and the GMB flags are those for the Knyphausen Regiment (which I hadn't intended to include in my army, hence now being portrayed as von Munchausen's). I gave these Wargames Foundry figures a new coat of Dark Prussian Blue, re-based them and had to add another stand of new figures that I painted to match the rest of the unit. 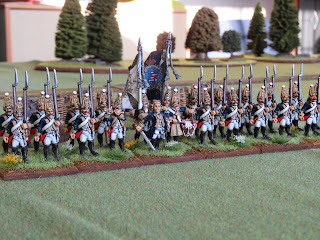 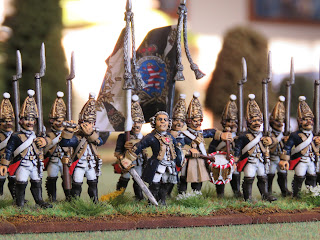 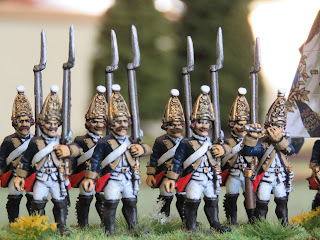 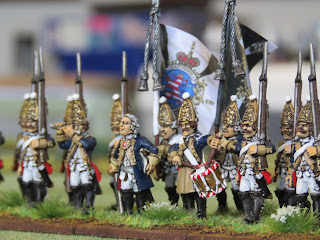 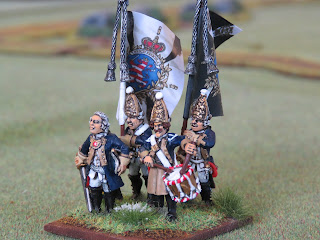