Christchurch is in the grips of a polar snow storm today, with businesses and schools closed. This meant that there was little chance of me getting any writing done with my wife and kids home for the day as well. The silver lining was that it gave me an opportunity to introduce my 9-year-old son to painting terrain. He has been keen to start painting paint figures but I thought he could start by undercoating some stone walls that have been languishing unpainted for a number of years. A wargaming colleague from Wellington has a teenage son who does the basic painting of his figures, and if I'm ever to see the end of my lead mountain then I will eventually follow the same path.
This afternoon I also photographed some 25mm North American building that I finished painting in the last couple of weeks. I 'rescued' them second-hand from one of my fellow Southern Strategists who had them for sale in the annual wargaming swap-meet here in the 'garden city.' I think they were originally purchased from Military Miniatures in Auckland and designed by Mark Strachan. When I received them they were in a semi-painted state and gave the appearance of being from a long-forgotten project that had died through lack in interest. So, one man's junk became another man's treasure. 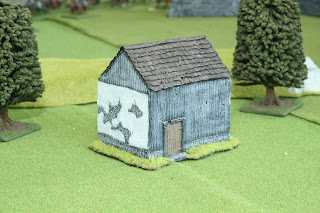 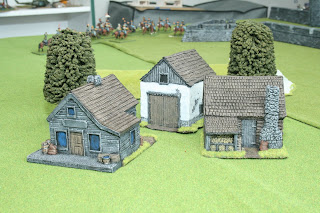 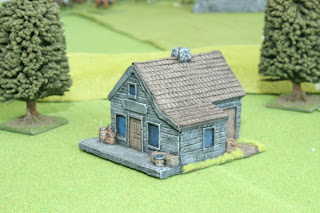 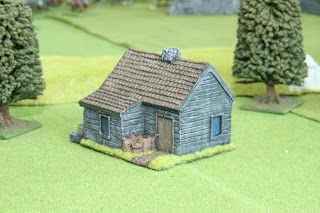 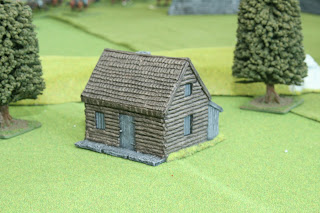 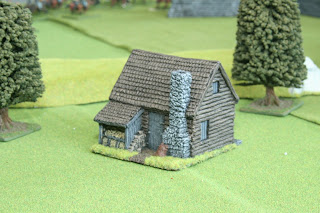 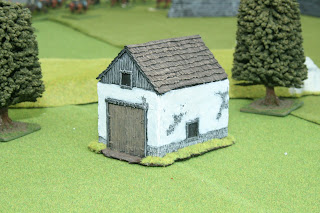 After a new black under-coat, a top coat and then some dry brushing...plus some basic flocking...they were ready to make an appearance in any future AWI or ACW games. The general store, log cabin and barn are smaller than the Hovels buildings that I have for the same periods but should be ok if placed together as a small hamlet or farm.
Posted by Stacky at 00:18 8 comments: