Time is running out for me to paint my quota of 40 Perry figures for the new Great War exhibition in Wellington...but I'm determined to do it. With Easter taken up with family commitments out of town, this leaves me only a few nights over the next couple of weeks to paint up another 20. I've promised myself before that I would never again find myself painting figures into the wee hours of the morning but I can see I might have to break that promise...again. Never mind, there might be some good programmes on the History channel for me to watch when painting while the rest of the family are sleeping. Here's a couple of snaps of the latest figures completed which include Turkish casualties and New Zealand troops loading their rifles. 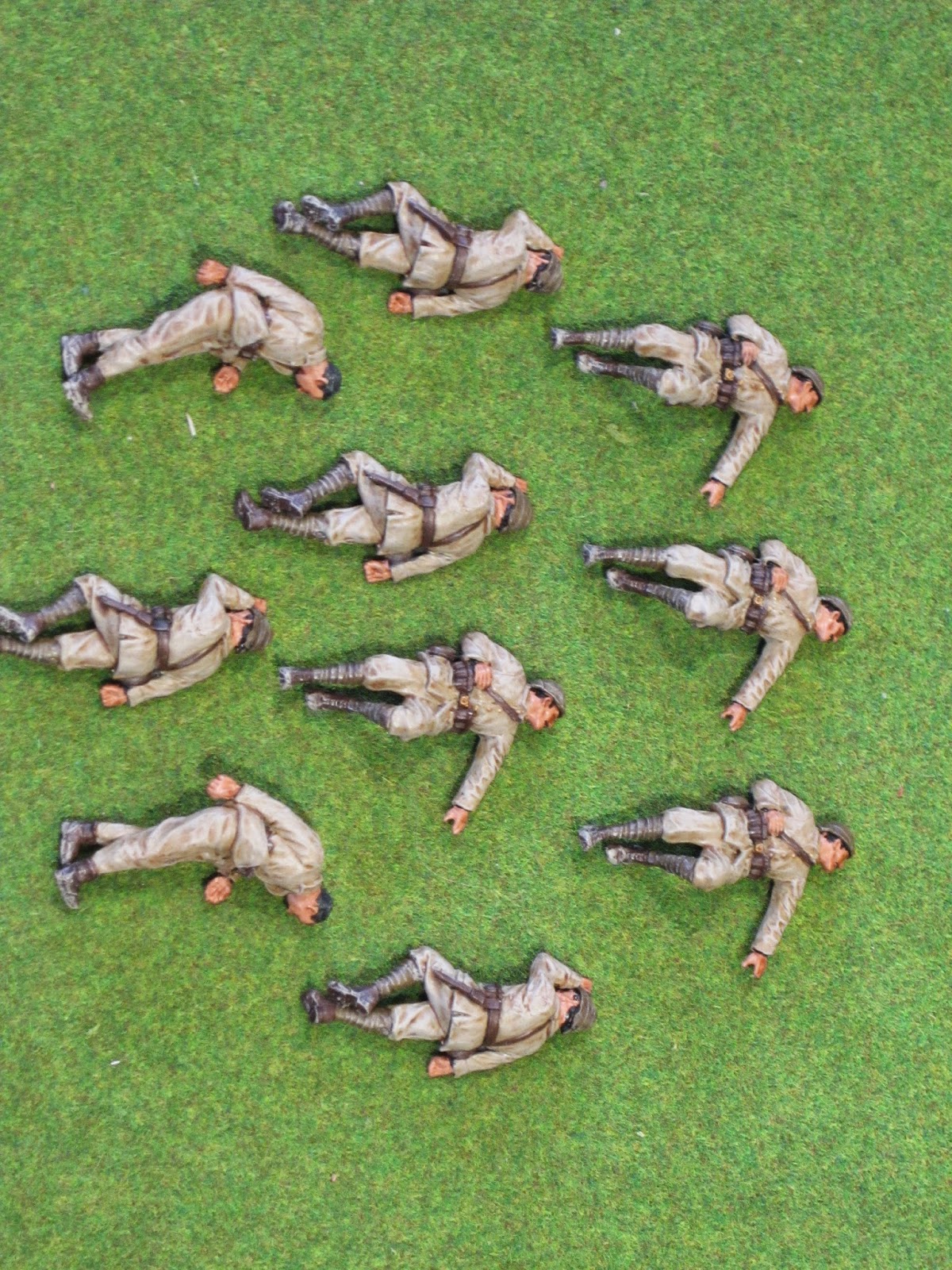 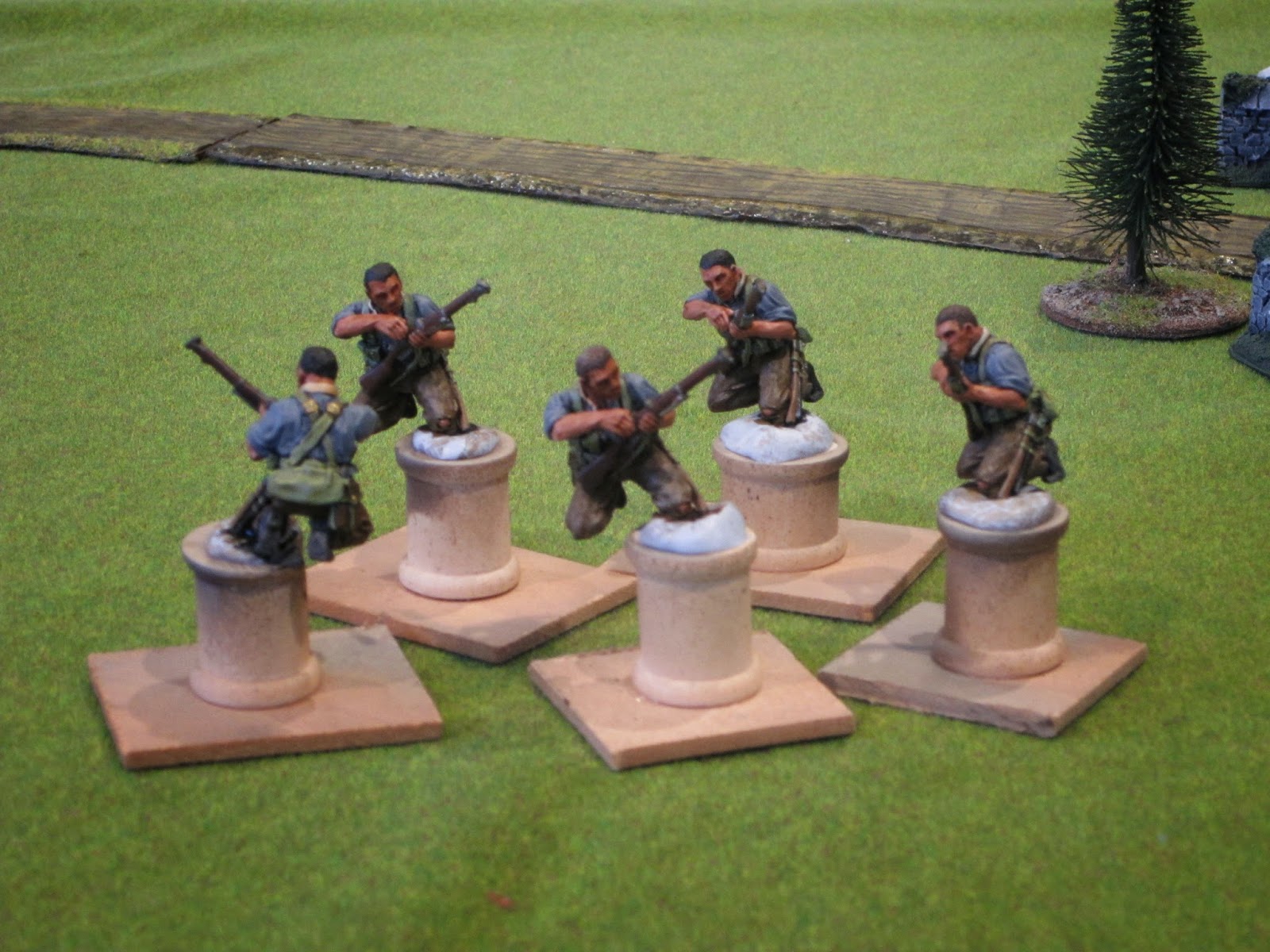 54 mm Gallipoli Figures by the Perrys

On 18 April this year a new Great War exhibition is being opened in Wellington, New Zealand. The exhibition will last for the duration of the Great War centenary celebrations and it is very likely to become a permanent museum. This is a joint project sponsored by the NZ government and Sir Peter Jackson, with displays being created by Weta Workshop. Included in one of these displays depicting action at Gallipoli will be 4,000 54mm Turkish and Anzac figures made by Perry Miniatures. New Zealand wargamers have been recruited to paint these figures and I consider myself privileged to one of them. There have been issues with the distribution which meant that some blokes initially only received a few figures to paint up. My first five figures included 3 Turks and 2 Kiwis, which I have finished and returned. I love the poses which I'm sure will give a realistic portrayal of the action. Painters were supplied with a standard colour chart to follow, but I'm dubious about the accuracy of the Anzac webbing colour...although this doesn't detract from final result.
For more info check out the 'Mustering the Troops' blog at: 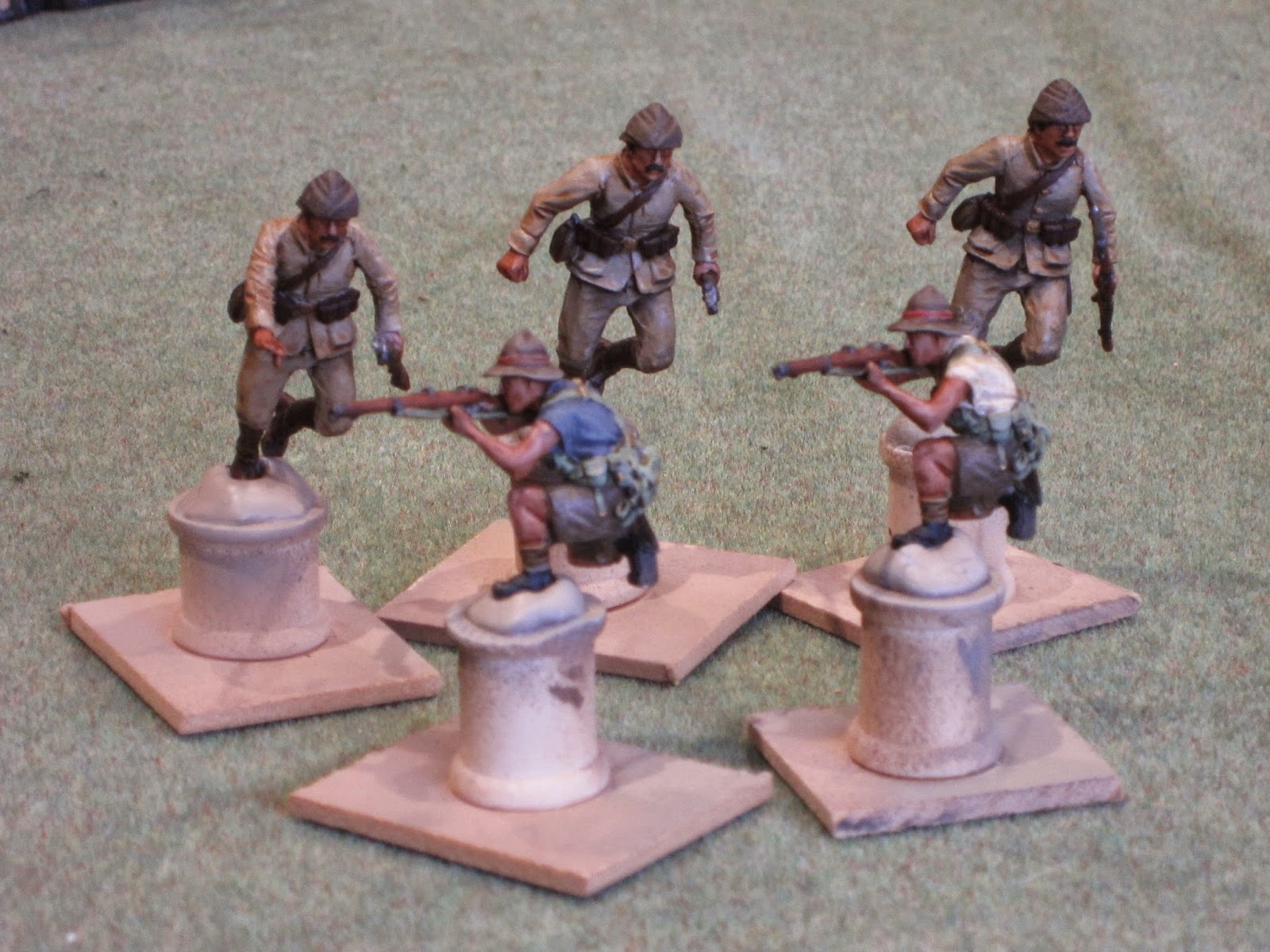 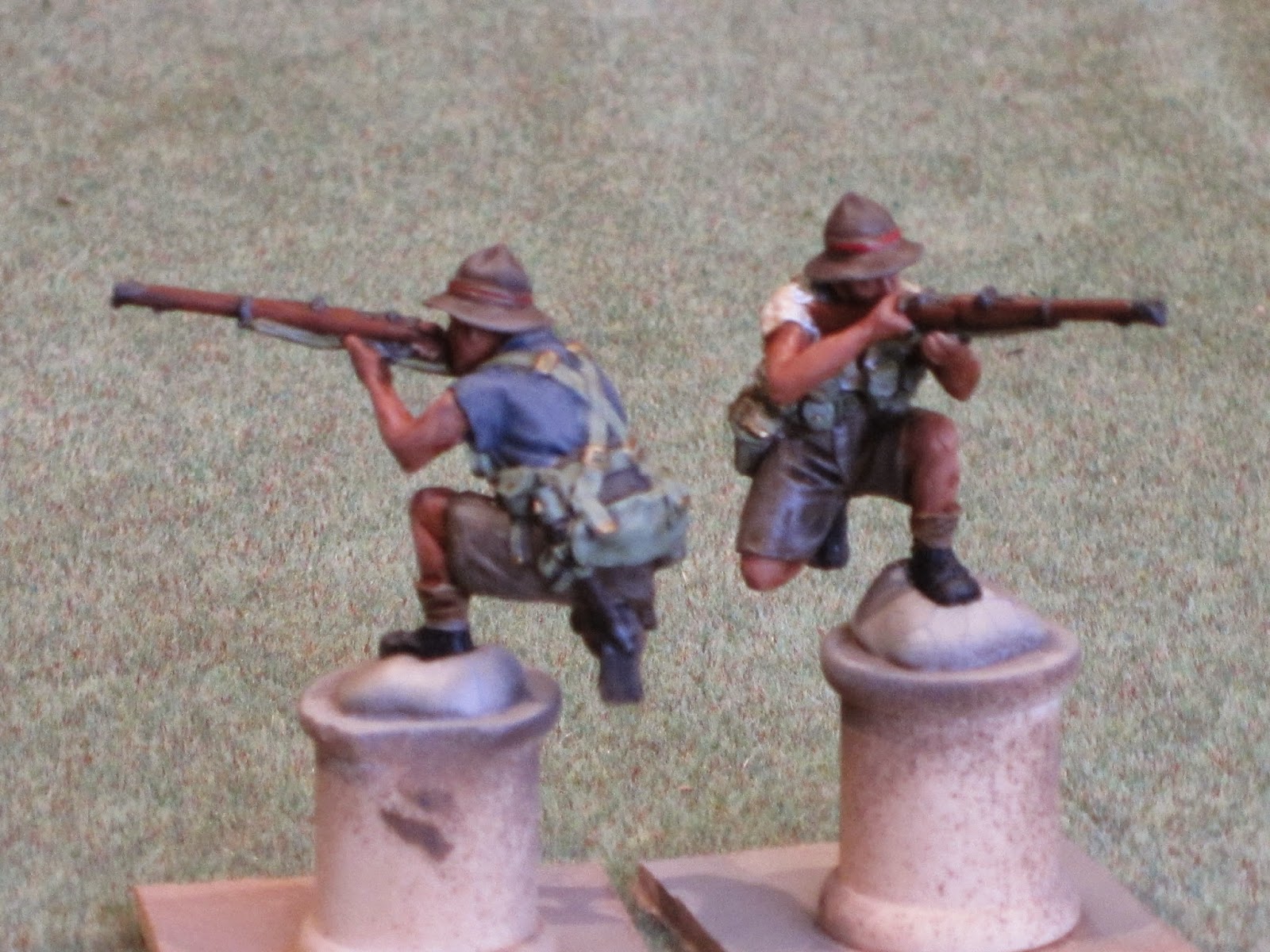 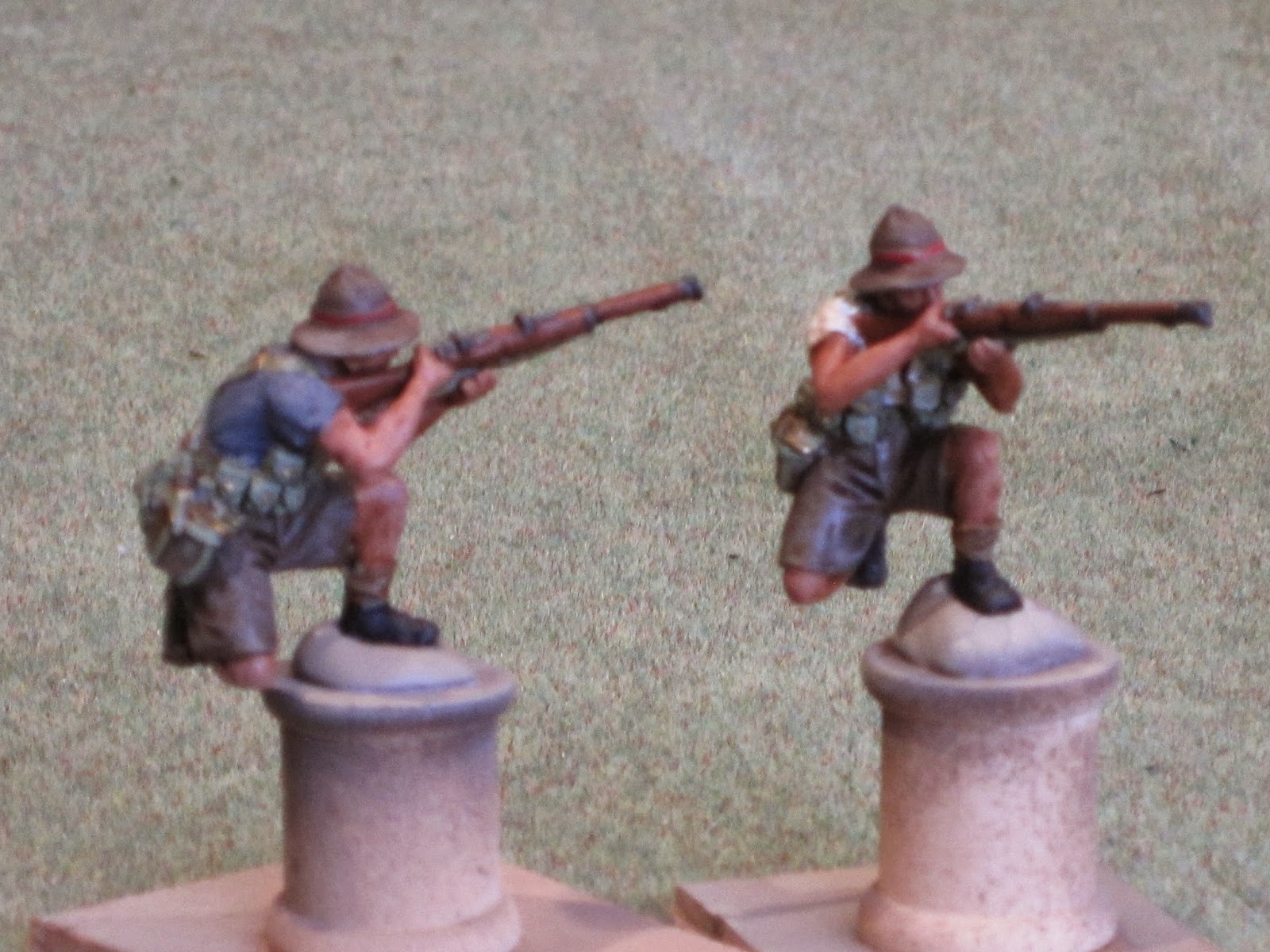 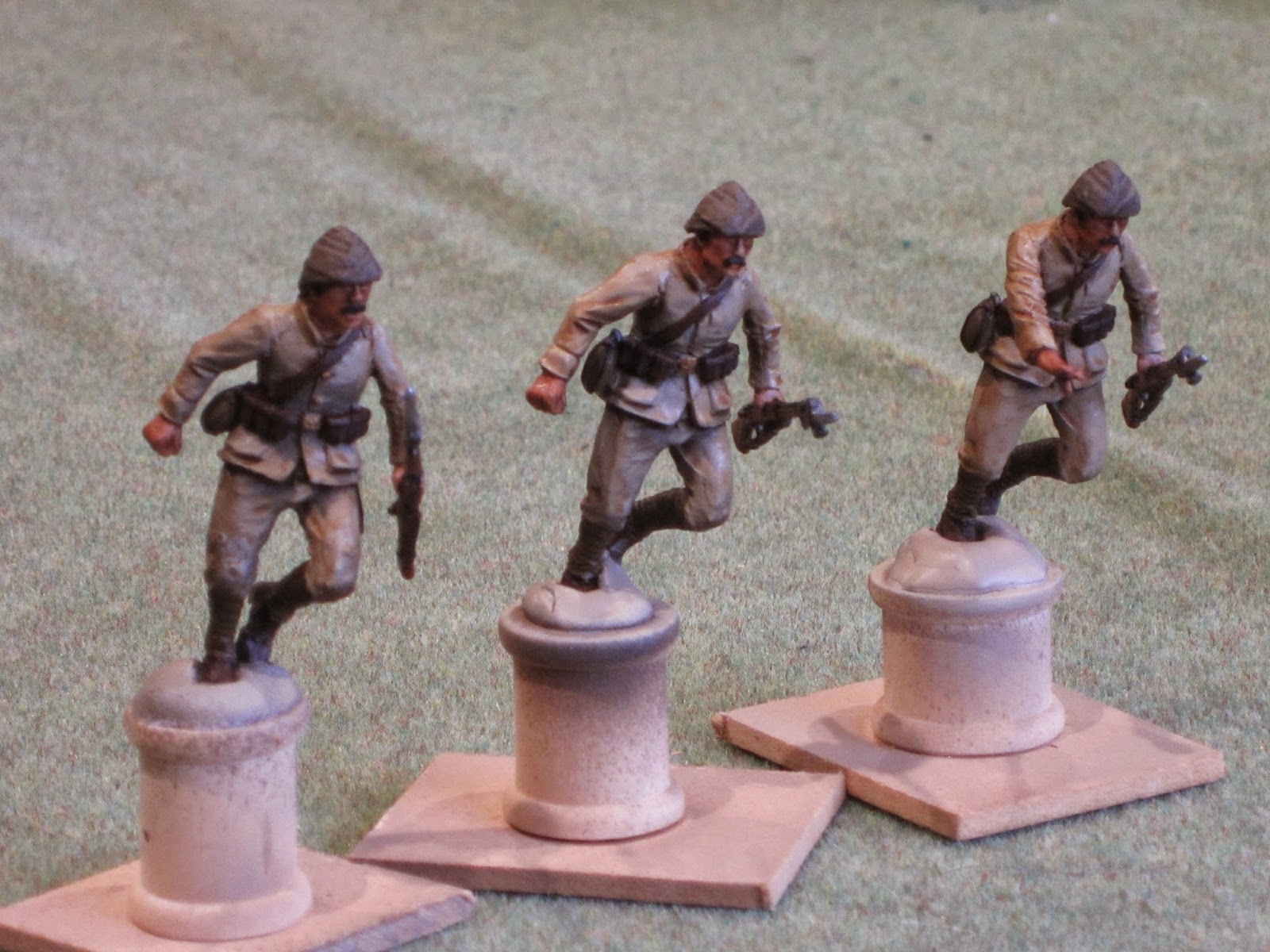 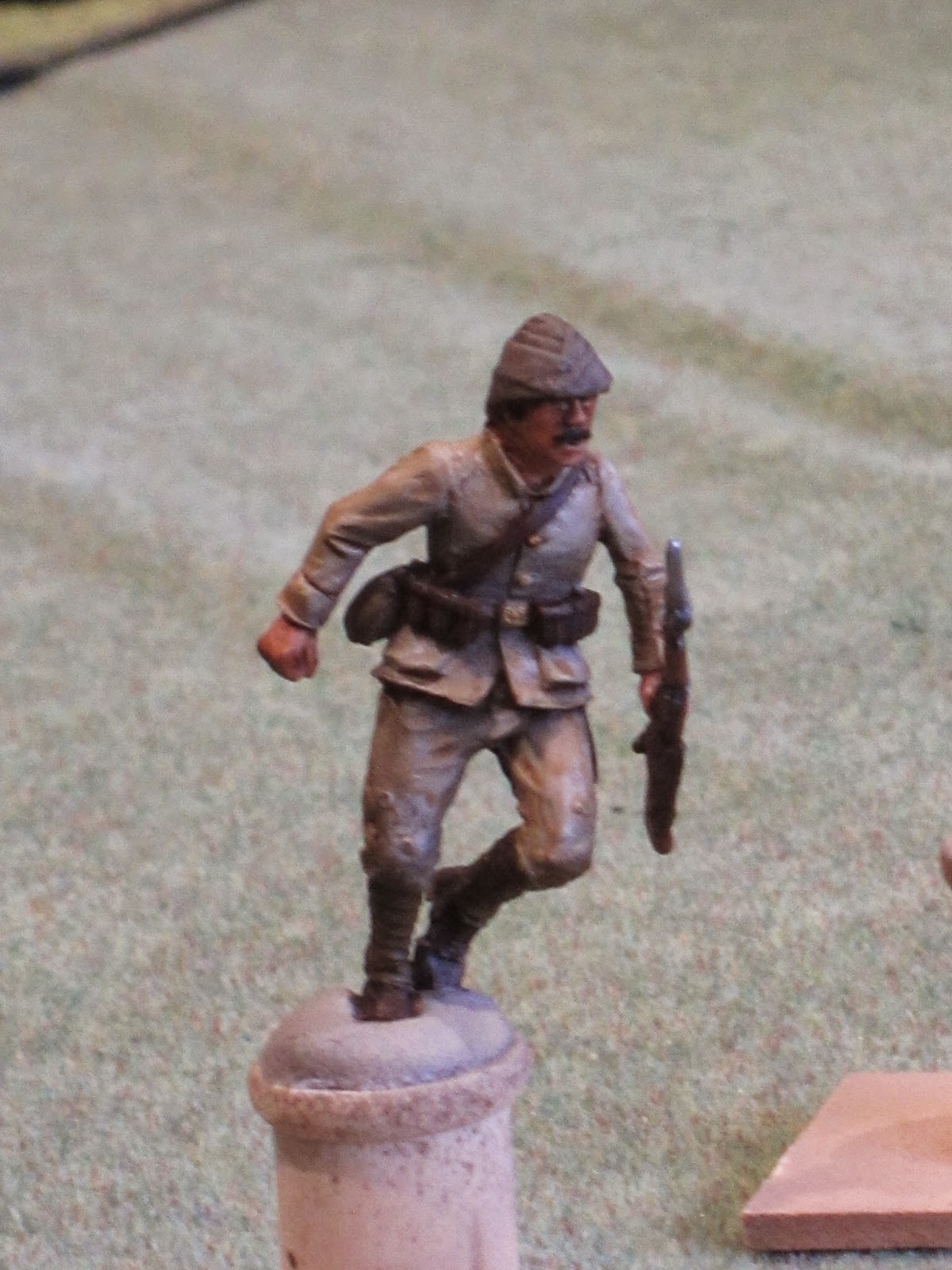 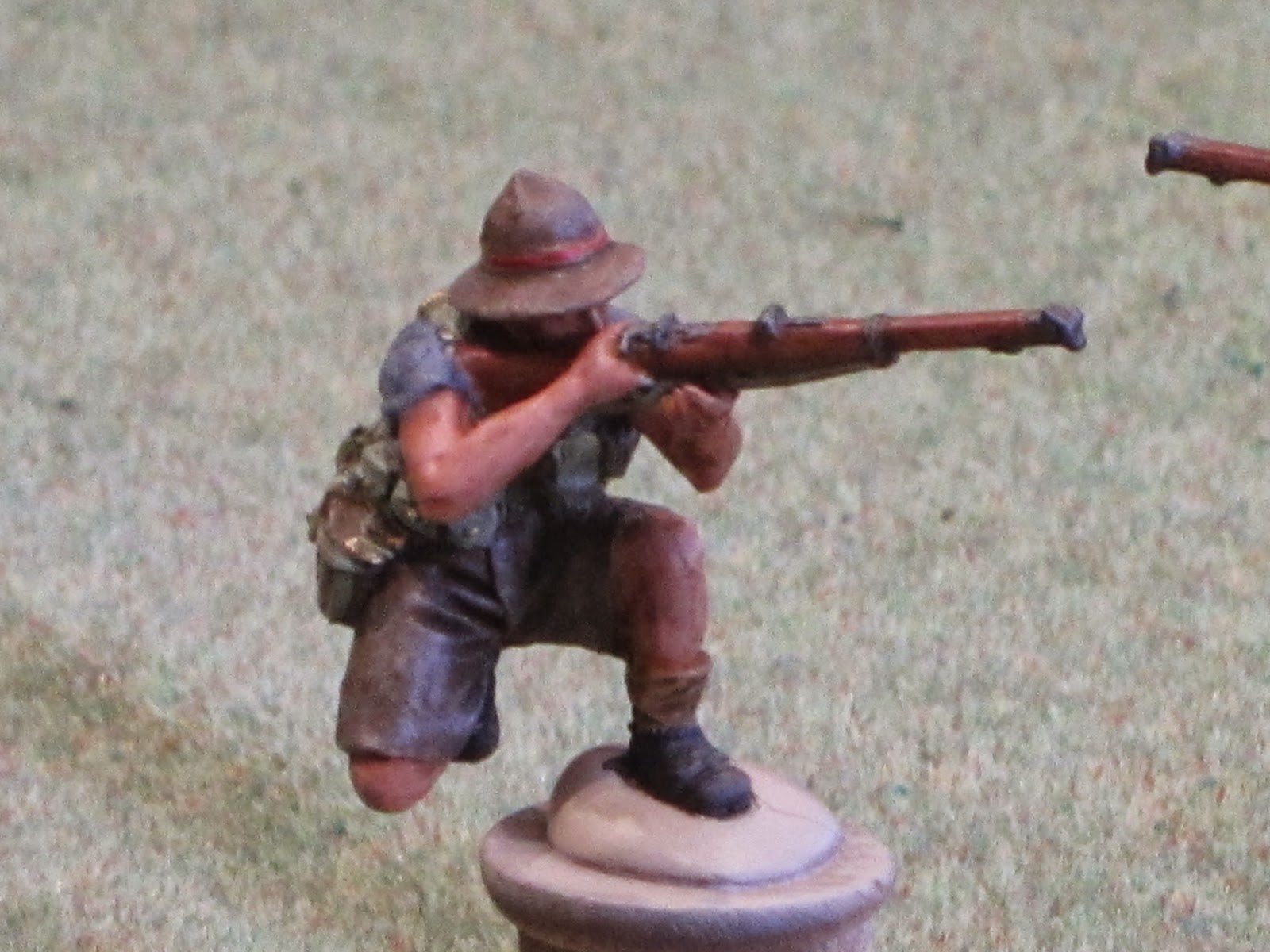 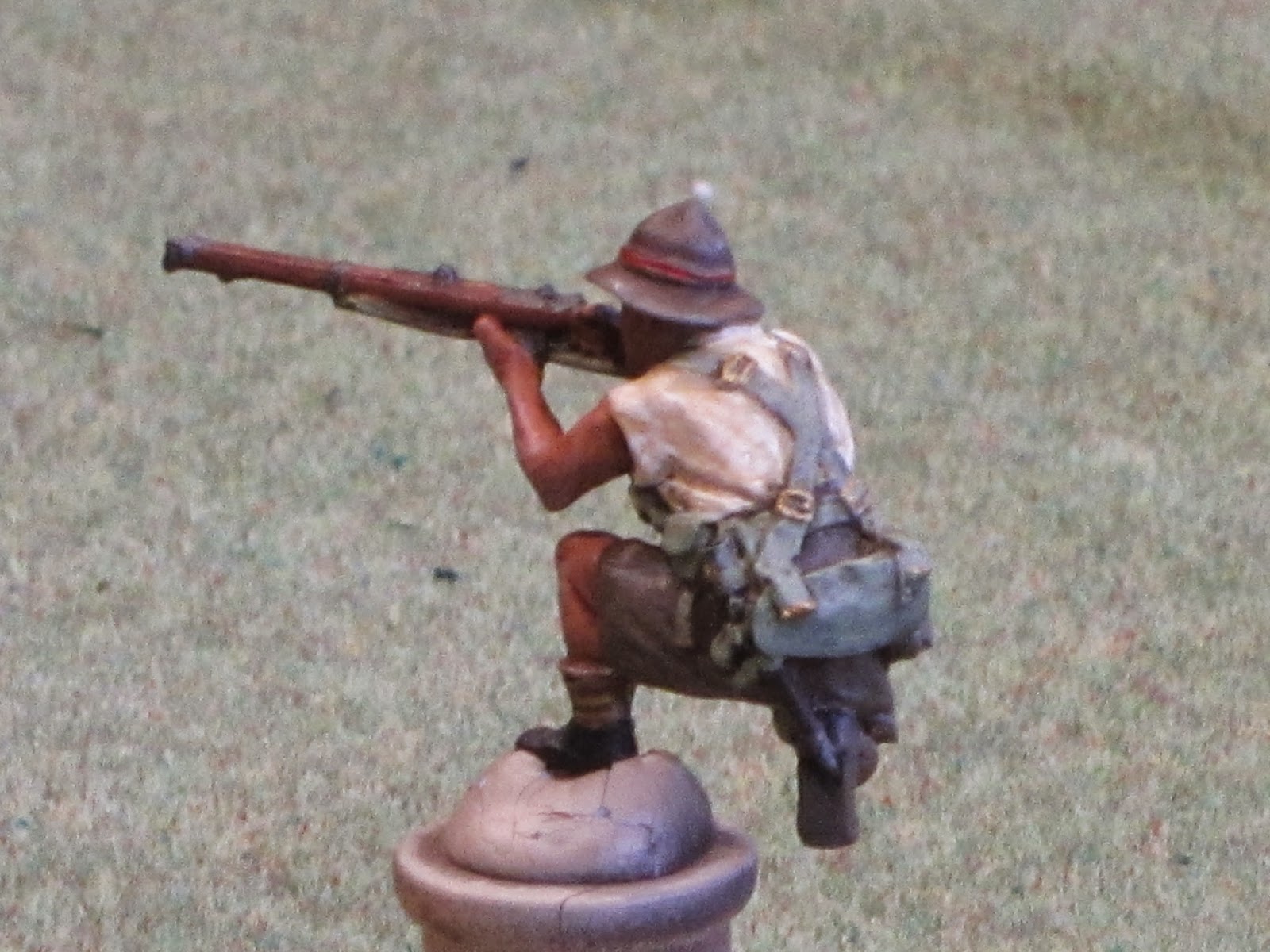 www.anzacdiorama.blogspot.com
Posted by Stacky at 21:30 2 comments:

I finished this unit a month or so back and thought it about time I included them on the blog. I must admit that it was the exotic name of the regiment/ legion that first inspired me to include them in my French army. I was looking for a foot unit that I could use as light infantry/ skirmishers as well being able to form them to fight in linear formation. Although the Arquebusiers de Grassin was only in existence from 1744 until 1749, playing a crucial role in the battle of Fontenoy, I figure I can get away with using them in SYW battles. These Front Rank figures proved ideal for depicting the regiment wearing the stylish Merliton hat, even if the gold- coloured fler de lys badge is not historically correct. 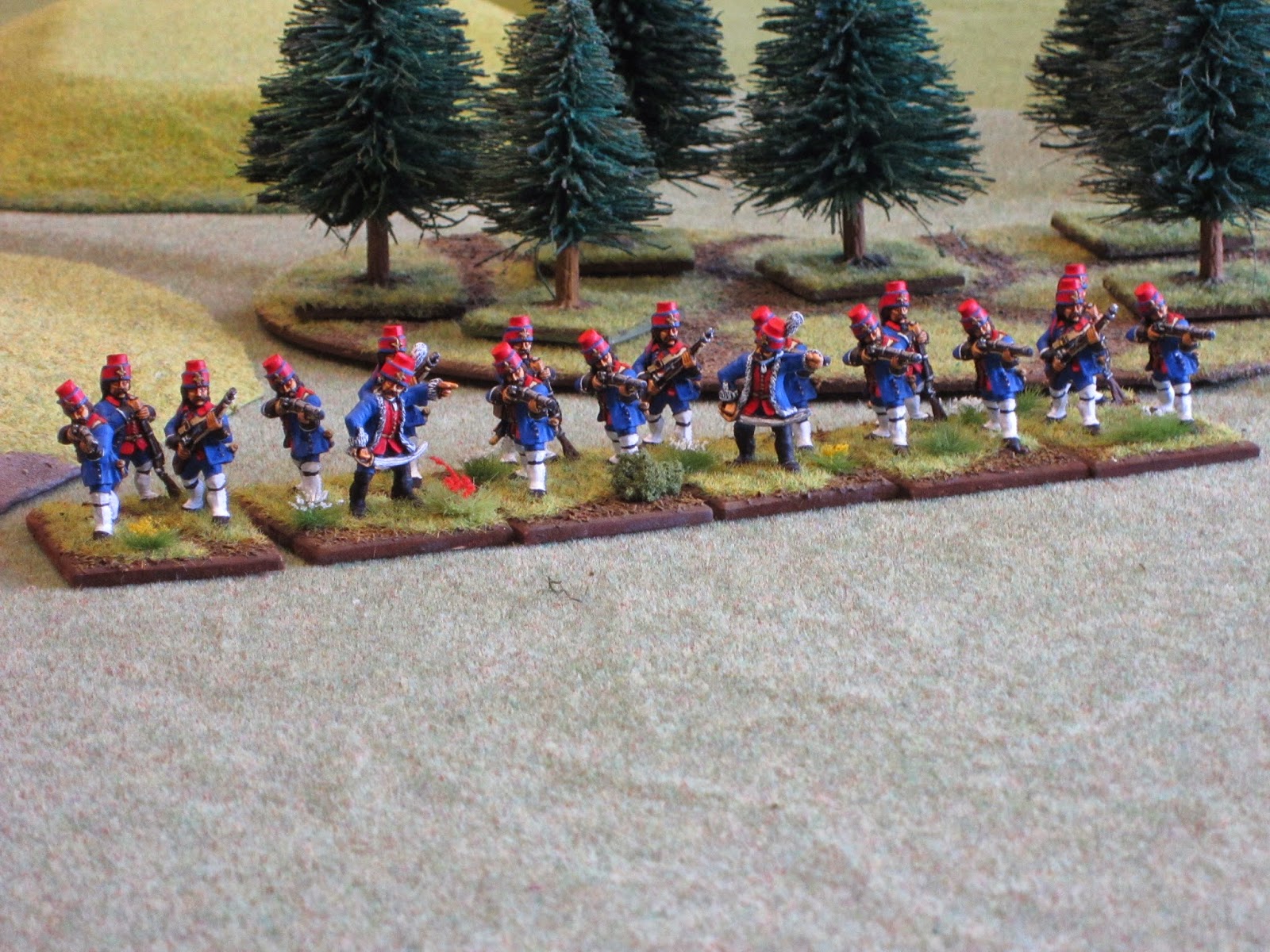 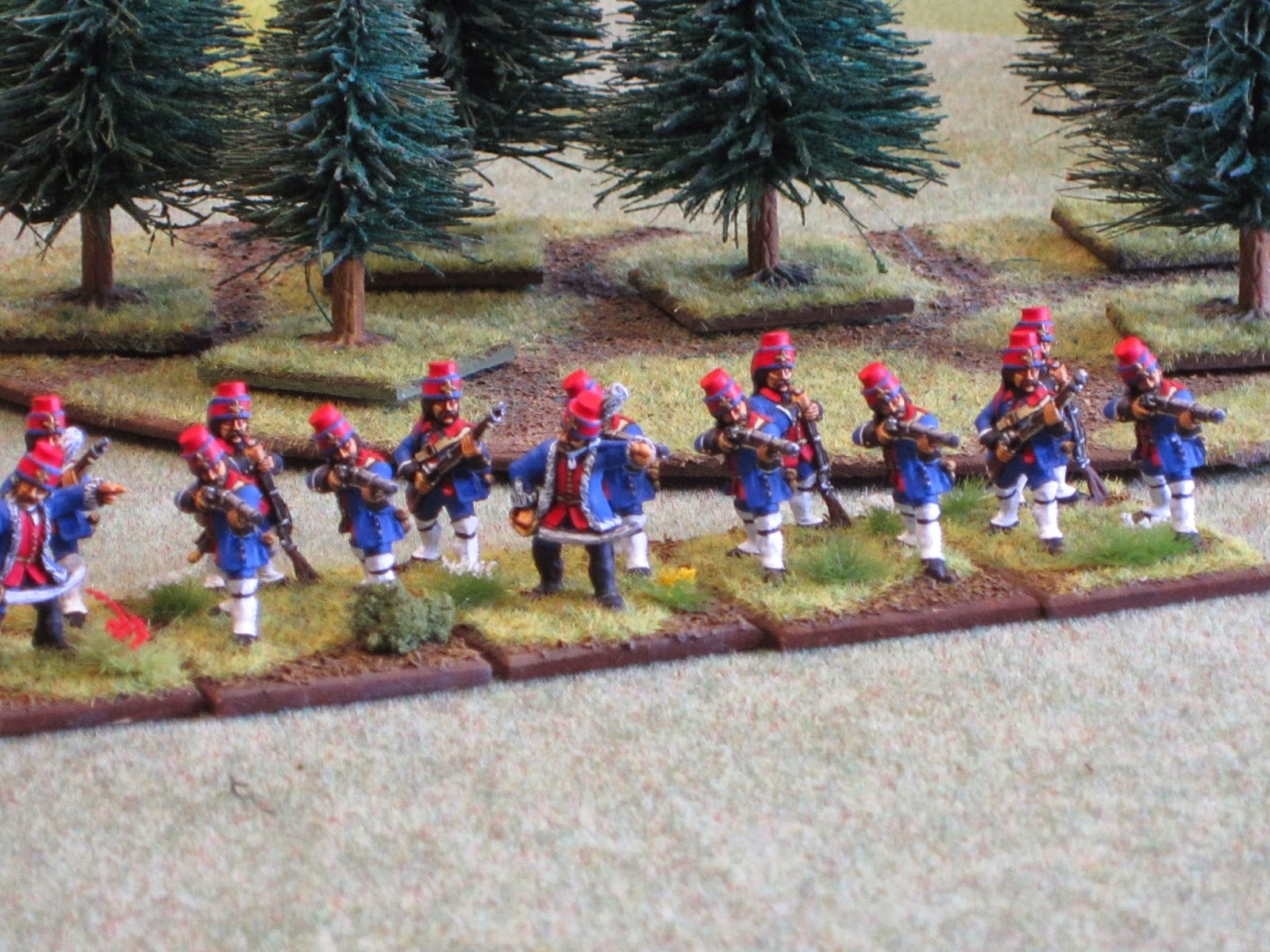 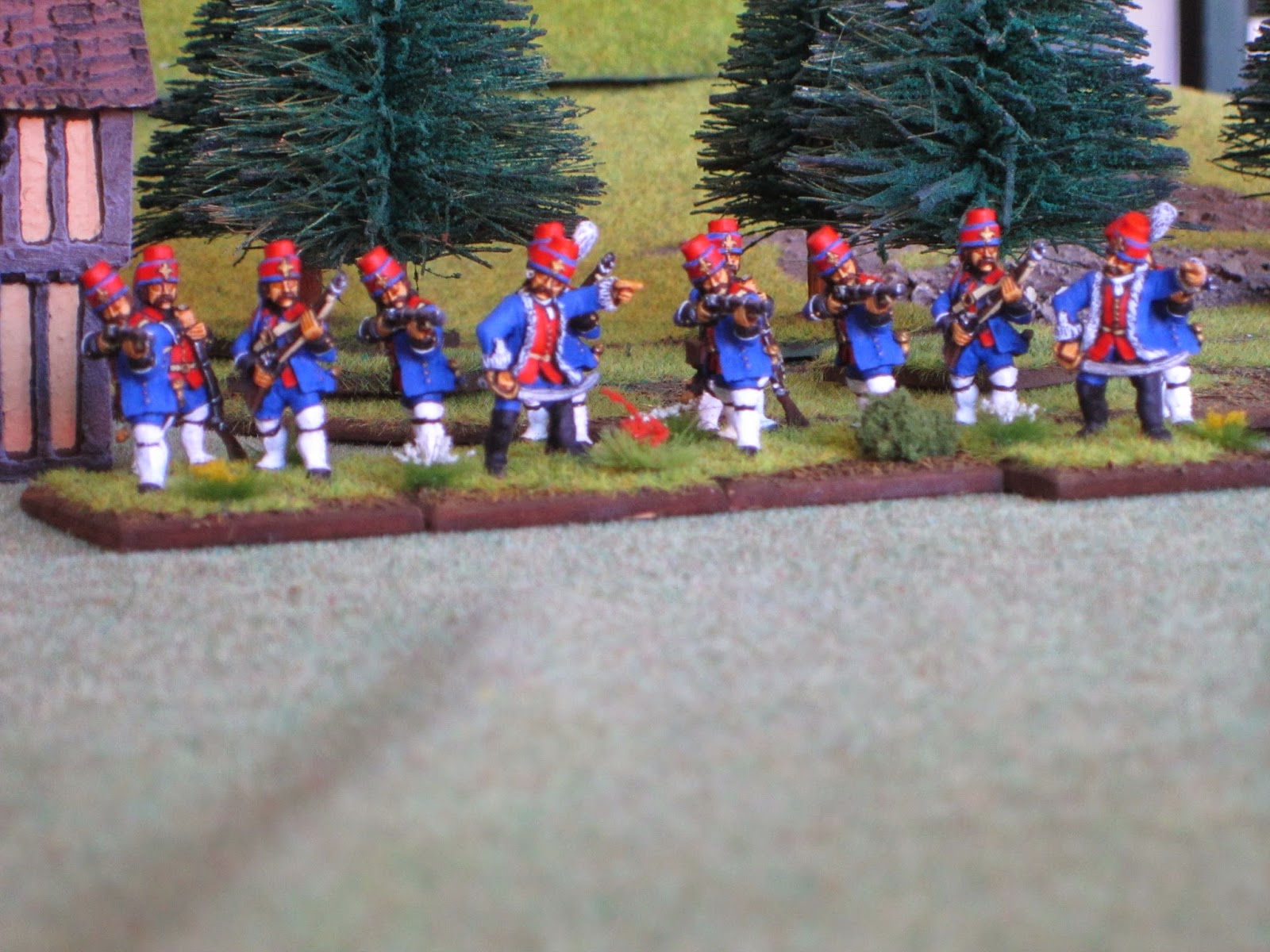 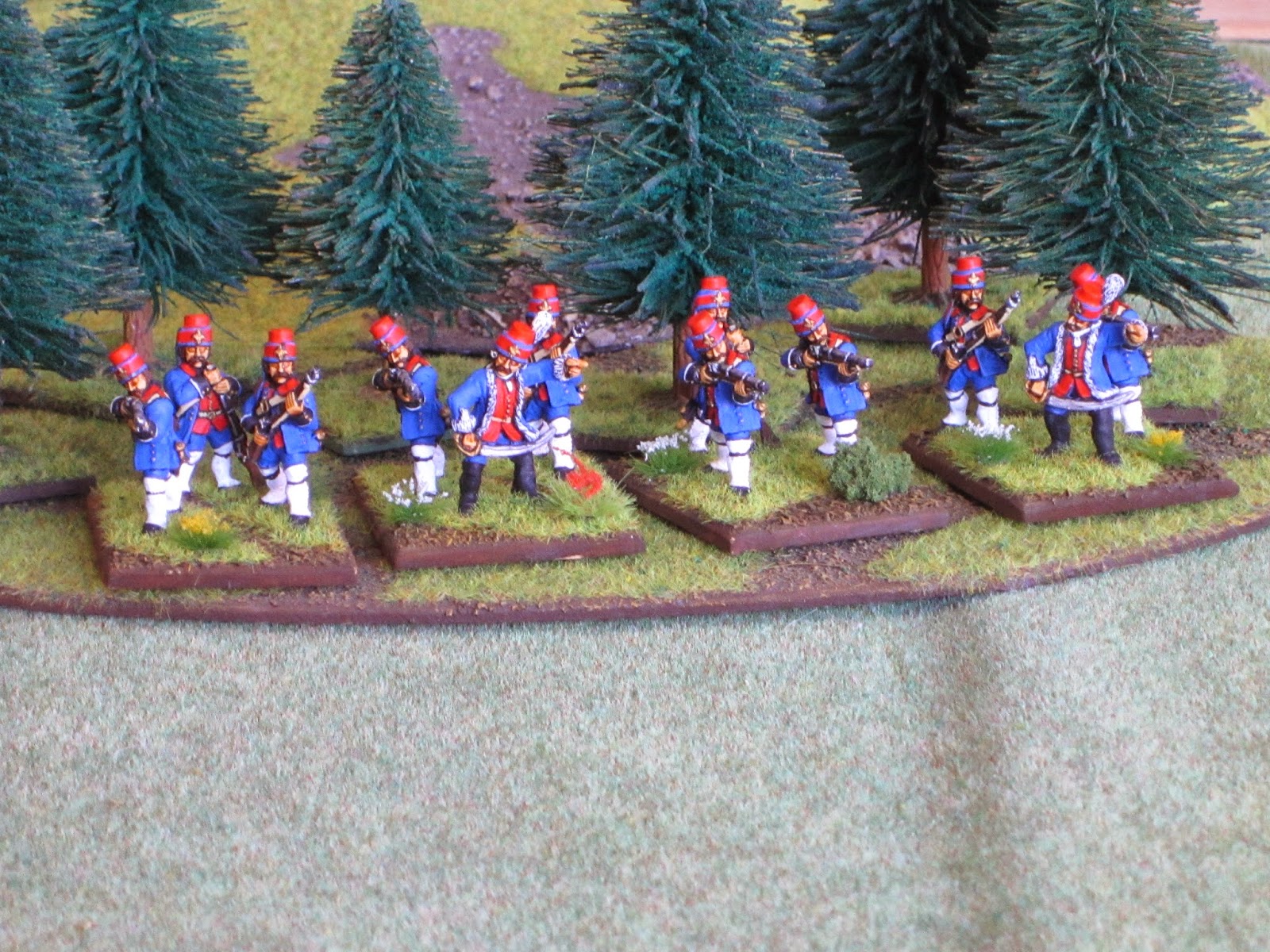 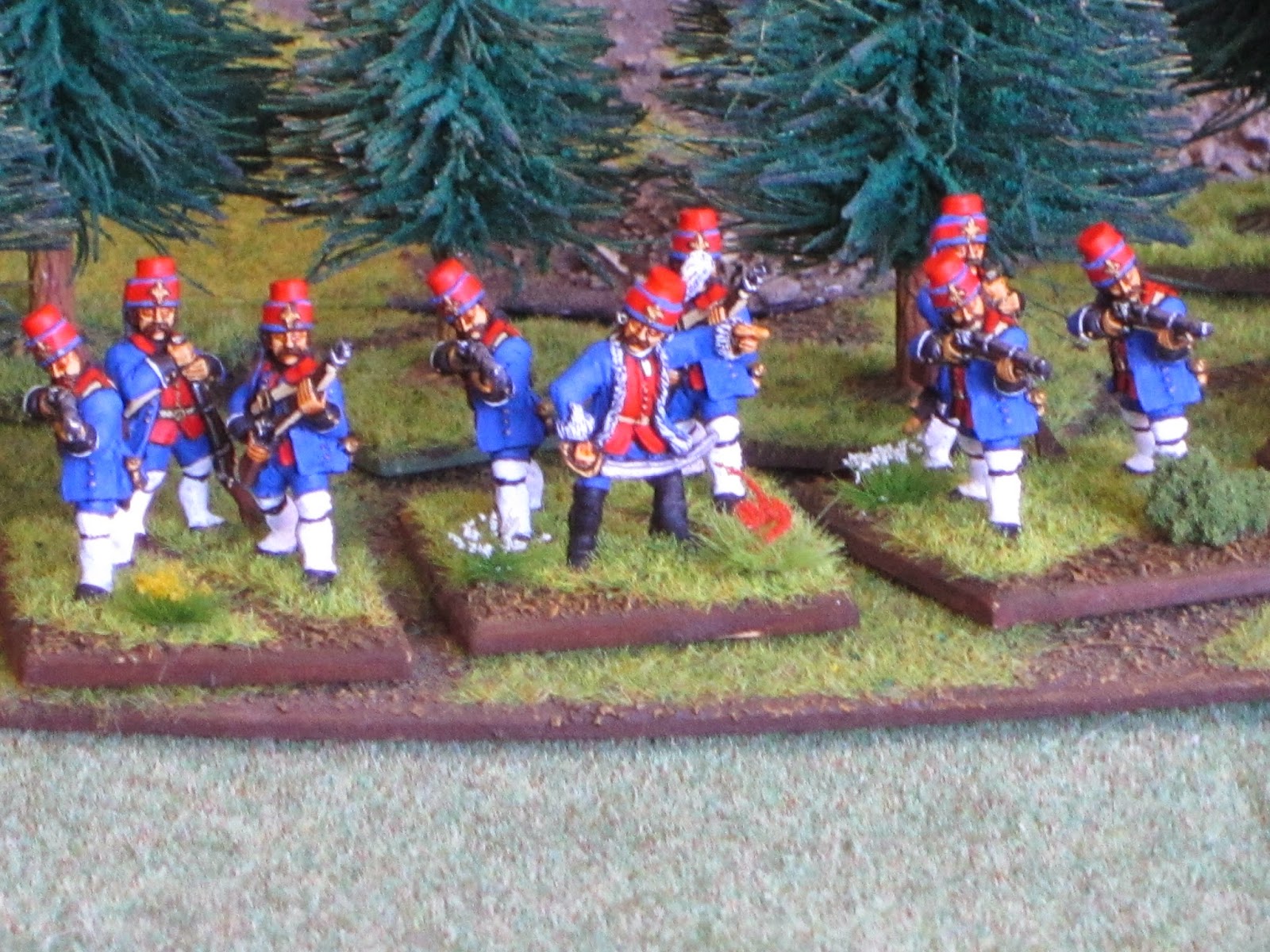 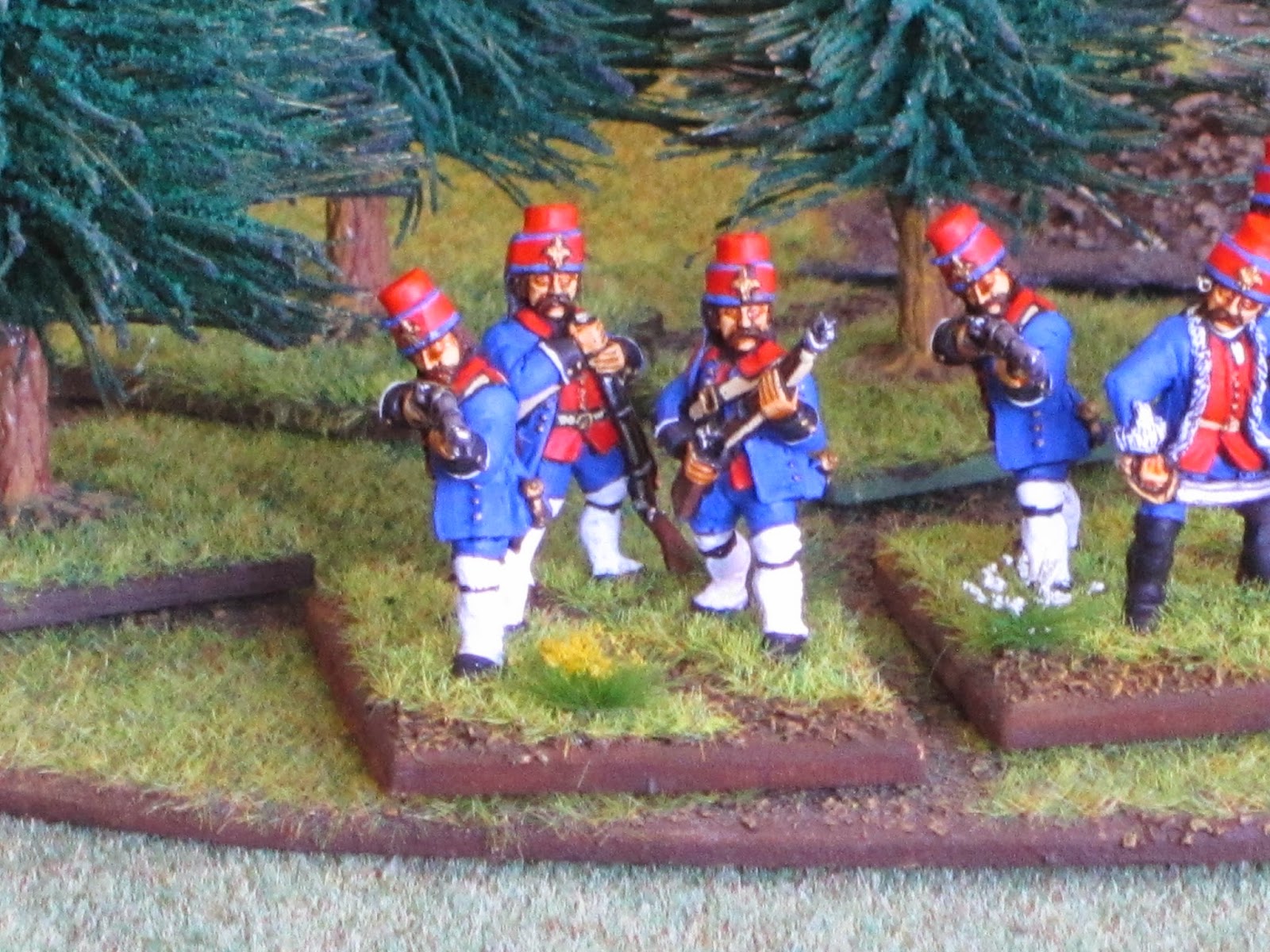