The last pieces of wargaming work I finished in 2015 consisted of a mounted Divisional/ Corps command stand and a couple of terrain pieces. I was short of a proper senior command stand for my 28mm French Peninsula army so I thought it wouldn't take me long to paint one up. How wrong I was. I had the Front Rank and Brigade Games figures undercoated for months before I got around to finishing them off. However, I'm happy with the final result which is loosely based on Soult and his ADCs. Apparently Marshal Soult had an ADC who wore a yellow coat that would have made him stand out on the battlefield. The terrain pieces consist of a scratch-built fenced field and a cemetery using headstones from 4Ground. I'm not totally happy with the look of the headstones which might need a bit more dry brushing in 'Stone wall grey' to get the desired look. 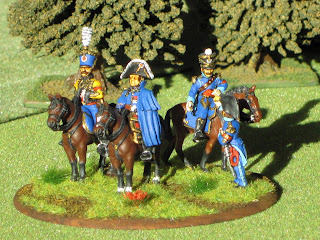 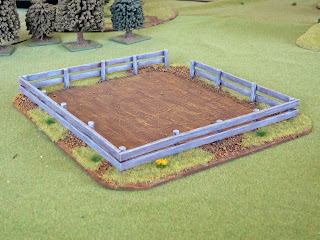 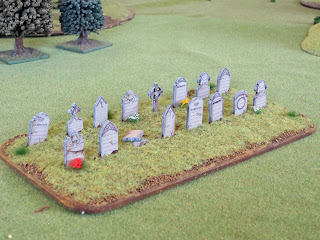