As usual, I've been a bit slack in posting over the last few months. However, I've finally got around to posting images of Dillon's Regiment of Foot for my Jacobite army in Ireland. This is my first painted unit for 2017....which I finished back in January! Strictly speaking, the flags I've used with this unit were only used in the Irish Brigade of the French army, but they are too classy not to use for my table-top troops. 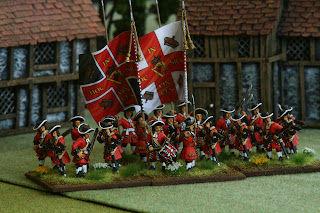 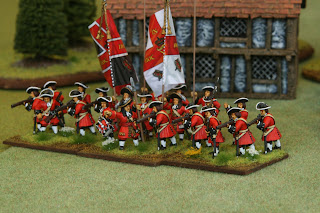 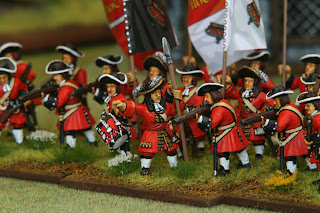 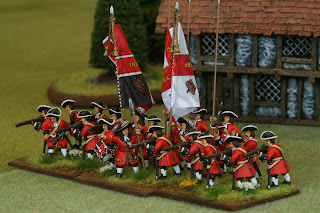 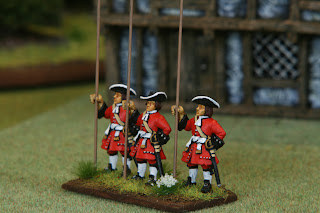 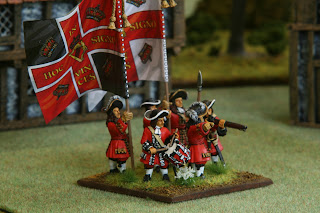 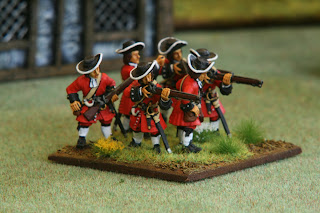 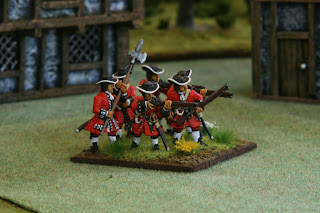 This will be the last Jacobite unit I do for a while as I'm concentrating on finishing of my 28 mm French and British Seven Years War forces. The French Royal Ecossais Regiment will be next off the painting table.