The latest additions to my SYW/ F&IW/ '45 British and French forces are the two mortar stands featured below. A while ago I had been given some second-hand old-style Front Rank British figures  that I have repainted and used on the stand. They had previously been painted up as Bavarians. The mortars and the French crews are recent Front Rank purchases to ensure my miniature forces had the ability to be effective in siege situations....plus they provide something a bit unusual to the wargames table. I had also been given some old 18th century Front Rank cannons in various states of repair, so decided to use one I repainted to add to my French force. 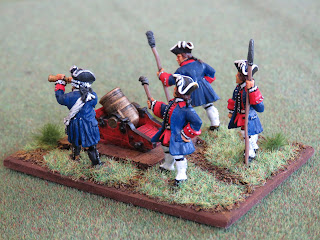 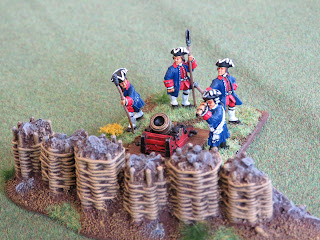 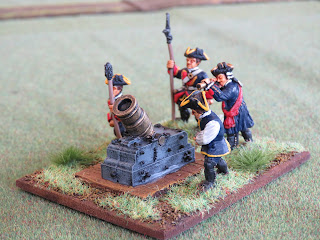 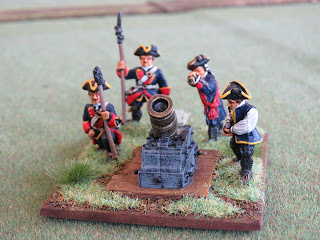 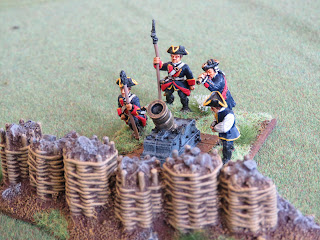 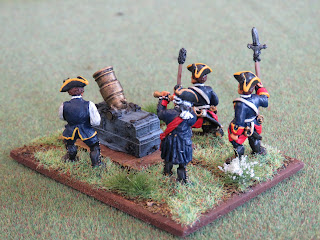 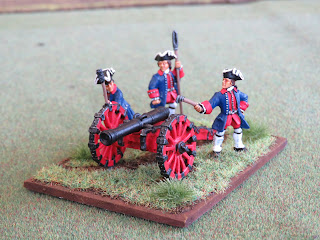 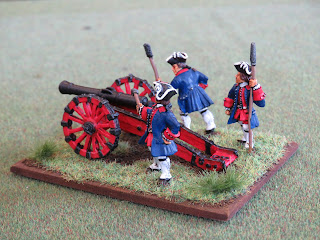 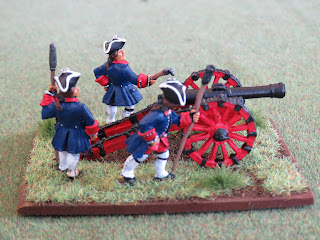